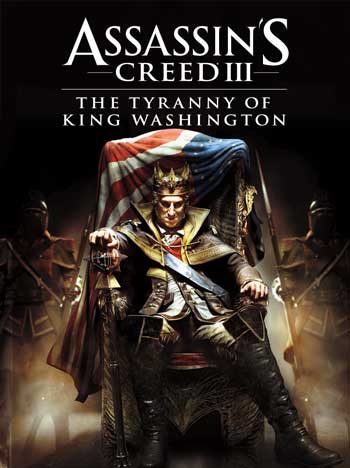 Tyranny of King Washington is the new episodic expansion for Ubisoft’s Assassin’s Creed 3. This DLC is composed by three parts: The Infamy, The Betrayal and The Redemption. The first episode was released yesterday for PC, PS3, and Xbox 360. In this additional story, the main protagonist Connor will reveal a new side of himself, as he’ll be forced to face new events in an alternative reality.

This expansion will explore a new dimension, where the main characters have chosen different paths, Connor will fully embrace his native role as Ratonhnhaké:ton, being an assassin will be a reality of the future and George Washington will grow power hungry with his presidency. As the president’s main concern turns out to be the destruction of the native colonies, Connor must fight for freedom, facing new trials and becoming the assassin he once was in another reality. Putting an end to the king’s ascending madness won’t be an easy task; Connor will have to prove himself as a soldier once again, revealing his skills and combat abilities in order to ensure his people’s survival.

The Eden pieces will play an essential role in the story, as it happened in the past Assassin’s Creed games. In Tyranny of King Washington, George’s wrathful desire for power won’t lay upon the start of a revolution, instead it will be directed towards natives.

Marc-Alexis Côté, the expansion’s creative director, talked with CVG about the DLC and the new Connor:

“I don’t want to spoil the story too much, but the new Ratonhnhaké:ton starts out as Connor. It’s a kind of weird puzzle for the player to solve. The first thing he sees is his mother, and he’s like, ‘What are you doing here? Why are you alive?’ These are questions that will follow the player throughout the three DLCs, and you’ll get an answer – a very satisfying answer – at the end.”

Connor will live this new time line very intensely, evolving himself completely in the events, but the time for crucial decisions will eventually come as Marc Côté states: “The more he becomes embedded in this reality, the harder it is for him to separate himself, and by the end he will have a choice to stay or leave.”

The other two episodes will be launching in the next months. The Betrayal’s release is scheduled for March 19th and The Redemption’s for April 23th.

You can watch the trailer for the first episode below: 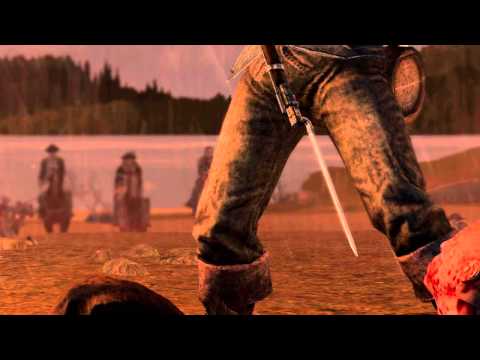