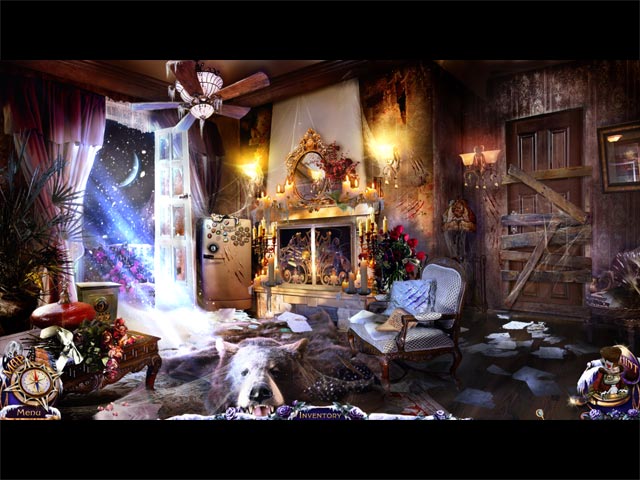 November was a great month for the fans of the hidden object genre, as we have a bunch of top HO games to recommend to you today, the best 10 casual games of November 2012. The Christmas spirit is starting to be felt too over at Big Fish Games with some releases being prepared for the upcoming Christmas holidays, but probably December will be the month for top Christmas games.

But until then we have this look back at November and the best casual games released during this past month, so here are our recommendations:

Stop a devious conspiracy in Mystery Trackers: Four Aces! The entire town of Brightfield was evacuated after a series of bizarre animal attacks. Now, strange creatures roam the streets, danger lurks around every corner and you’ve just landed smack in the middle of it all. As you begin to investigate, you discover that the attacks may have been part of a whole series of crimes committed in town, all tracing back to an organization called the Four Aces. But just who are the Aces and what is their plan? With the help of your trusty canine companion, Elf, you must keep digging to get to the bottom of things. Good luck out there, Detective. You’re going to need it! Click here to get the game.

A TV show is turning the children of Fort Nightingale into zombies – but that’s not the weirdest thing going on in the city! Enter this mystifying maelstrom as Clarrisa, a government agent that investigates unexplained phenomenon. Are you afraid? Or will you step bravely toward the unknown? Find out in Forbidden Secrets: Alien Town! Head over to Big Fish Games to download Forbidden Secrets: Alien Town.

You’re drawn into a web of deceit when your train stops in Andville, where the Black Widow lies in wait. Follow a trail of clues and dead husbands as you explore this once picturesque town now at the mercy of the Black Widow and her mechanical minions. What drives her lust for revenge? Where is the root of her strange power? Uncover the bizarre history – and mystery – of this little town. And track down the Black Widow in time to foil her devious plot for revenge! Check out the game here.

A maniac has kidnapped a woman’s fiance and cast her as Red Riding Hood in his twisted fairytale fantasy. Guide the resourceful young lady as she tracks the wolf, searching for clues and solving the puzzles that lie between her and her beloved. Will she reach the madman in time, or will the wolf have his revenge? Their fate is in your hands! Head over to Big Fish Games and give this game a try!

Enjoy the ultimate Fishdom experience with new Fishdom III by Playrix! Now all your fish are in 3D and have their own personalities! Feed them, play with them, and watch them interact with each other. Engage in challenging and fun match-3 gameplay with new unique twists as you earn dozens of awards and achievements, and make money to decorate and personalize your aquarium! Choose from over 150 underwater decor items and accessories in 8 unique themes. Plus, design as many tanks as you like. If it sounds nice, head over here to check the game out.

Twilight Phenomena: The Lodgers of House 13

Save yourself and humanity in Twilight Phenomena: The Lodgers of House 13! It’s 1980s England and there’s a beautiful 3-floor mansion in the shade of branchy trees. With a friendly landlord and inexpensive rent, most people would envy those who live here. But bloody things are happening inside of this house. Guests are beheaded, and with every new victim humankind is getting closer to meeting a horrible monster. Is there anyone to prevent this nightmare? Find out by playing the game here.

Botanica: Into the Unknown

You are Dr. Ellie Wright, a botanist stranded on a strange planet called Botanica. Full of curious creatures and exotic landscapes, Botanica is like nothing you’ve ever seen! Test your wits as you navigate through lush forests, steampunk villages, and more. But danger lurks at every corner; make both friends and enemies as you try to outsmart the cunning Queen Kassandra. Can you survive Botanica and find your way back home? Check out Big Fish Games and find out!

The Beast of Lycan Isle

Luna has been summoned by Tara, her best friend, to an ancient village on a remote island. Tara needs Luna’s expertise on a newly unearthed artifact that might prove the existence of the legendary cult of the Madra Alta or Wolf Man. But when she arrives the locals are acting very strangely, her friend has disappeared, and terrible clues reveal a situation beyond her worst nightmare. She must rely on her fearless wit and trusted allies to find her friend. She must dig deep into the instincts and courage of her own inner animal to defeat the Wolf King himself. Click here to download the game.

Building the Great Wall of China

The Chinese Empire is in grave danger as the Nomads from the North threaten the wealth and prosperity of its lands. Kong Baotu, a smart and resourceful man, accepts the challenge to achieve the impossible. He commits himself to building the Great Wall that will protect China from the warlike barbarians. In return, he asks for permission to marry the Emperor’s beautiful daughter, Fan Tanrui. Join Kong in his epic adventure! Help him save the Empire and marry Fan. Your journey will take you to the farthest reaches of China, through the emerald-green hills and treacherous rocky cliffs. In more than 40 levels, you will conquer the snowy mountain-peaks and cross the withering deserts. You will gather food and lumber, mine stone and iron, survive hurricanes and thunderstorms, all for the noble goal of completing the greatest building in the history of mankind – The Great Wall of China. Play the game here.

You might be too late for the Christmas Ball, but you’re just in time for adventure! The Nutcracker needs your help, and there’s an army of rats running rampant through the kingdom. Luckily, a few cute little sidekicks have got your back. Uncover the Rat King’s evil plot – and find out what created the toothy little monster. Head over to Big Fish Games to check out this game which is a perfect play for Christmas!

And these are the best casual games of November 2012. Let us know which are your favorites by commenting below!