The first month of 2013 has finally passed, and it was a pretty slow month in terms of games released for the fans of Hidden Object or Time Management genres, but still a month that has brought us at least 10 great games, games that I am going to share with you below in our list of the best casual games of January 2013.

As always, the titles are in no particular order (because it’s really hard to sort all these great titles), so feel free to check out any that seem nice enough for you. Chances are that you will really love them! So here are the best casual games of January 2013:

Dark Canvas: A Brush With Death 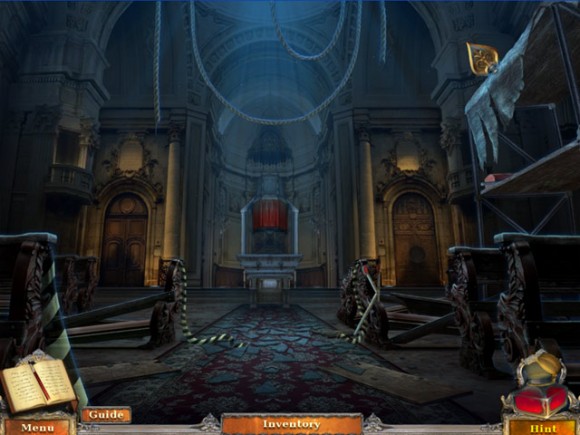 Uncover the mystery behind an artist’s deadly talent in Dark Canvas: A Brush With Death! Your daughter, Angie, was traveling through Europe when she vanished without a trace. Her last letter urged you to come to a remote island town in Italy, where she had stumbled upon a dark secret. When you arrive, you learn that there has been a series of tragic deaths in town, accompanied by sightings of a legendary spirit called the Silhouette. With no way of knowing who would be next, citizens turned to Virgil, a local artist who could famously predict the future through his paintings. Head over to Big Fish Games to get this game

Amaranthine Voyage: The Tree of Life 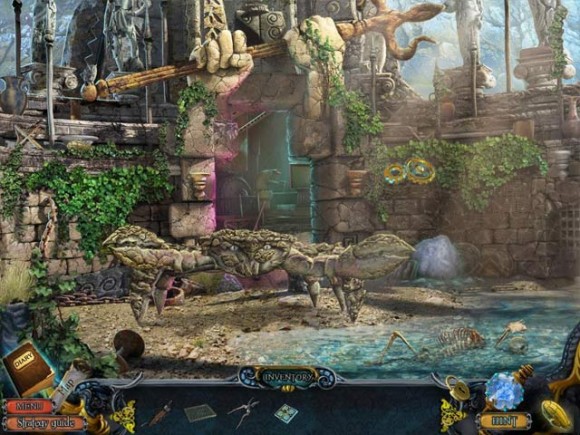 During your career as an archaeologist, you firmly believed that the Tree of Life was simply a myth. However, once you uncover a magical artifact, you open brand new worlds of possibility. You’re whisked away to a lush world that is slowly being poisoned by a mysterious dark force. Your artifact is the key to restoring this beautiful world, but dark forces stand in your way. Protect the artifact and save this dying world in Amaranthine Voyage: The Tree of Life, a thrilling Hidden-Object Puzzle Adventure game. Click here to check out the game.

The Lake House: Children of Silence 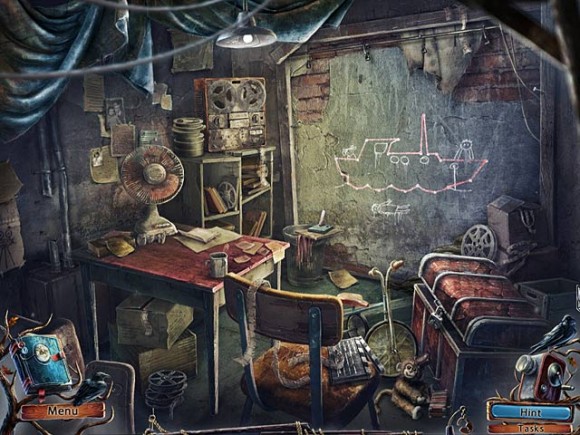 Long-forgotten memories bubble to the surface when the past invades the present in The Lake House: Children of Silence! Located at the edge of a gloomy lake and shrouded in fog, the house at the center of this story has stood empty for 15 years. Beckoned by what appears to be a ghost, a woman who lived there as a child returns to the house to solve a mystery that begins with an old photograph and ends in a secret room. Find hidden objects, solve puzzles and prepare yourself for an ending that will take you to a place darker than you can imagine! You can check out the game here.

Spirits of Mystery: The Dark Minotaur 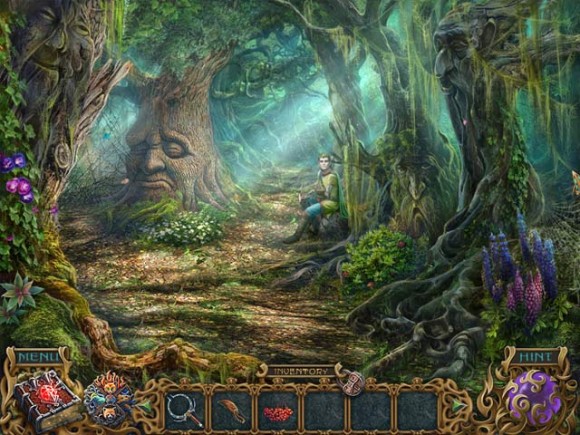 In the dark of night, an elusive figure breaks in to the royal menagerie and steals four magic animals, your childhood companions and dearest friends. It is up to you to save them! Take the journey to discover more about the Dark Minotaur who threatens the magical world. Can you save them in time? Head over to Big Fish Games to find out the answer to this burning question! 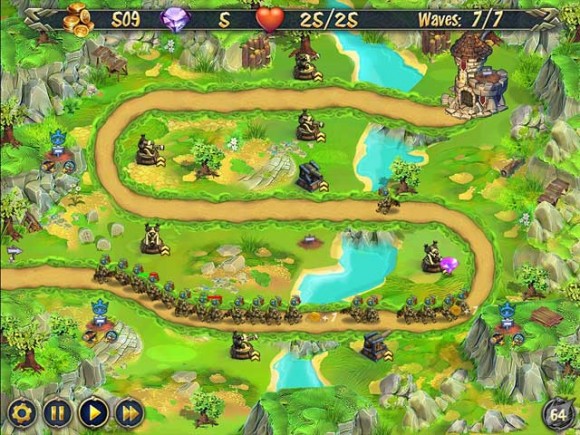 The castle needs a hero – hordes of trolls are surrounding it! Build towers, save money, learn spells, and keep the enemy away! Follow the exciting story of the dwarven kingdom’s eternal struggle against the troll hordes, who want only to crush the dwarves and claim their territory. To defeat these monstrous hordes, you must construct defensive towers and units and learn to wield powerful spells. Check out the game here.

Search for your brother, Jeremy, in a beautiful world where the sky is as wide as your imagination in the Hidden Object Puzzle Adventure game, Surface: The Soaring City! Jeremy was a great inventor who discovered a magnificent land soaring in the sky. He created wings for the people, making them free. The new citizens were happy…until one day Jeremy was kidnapped and blamed for conducting inhumane experiments. It’s up to you to save your brother from imprisonment and redeem his good name. Click here to find out more about this game.

The Torment of Whitewall 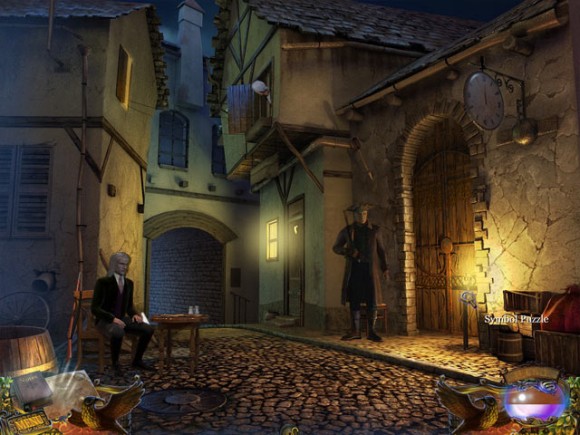 Uncover the mystery of the Night Stalker in The Torment of Whitewall! A shadowy figure has been stalking the streets of Whitewall, and young women have been disappearing without trace. Only one girl has managed to escape from the mysterious attacker, but she’s not talking to anyone… Rumor has it that something strange and terrible happened to her that night. Rumor has it that this so-called Night Stalker is some kind of monster. As more and more people are driven from their homes by fear, you are called in to end the town’s terrible torment. Check out the game here. 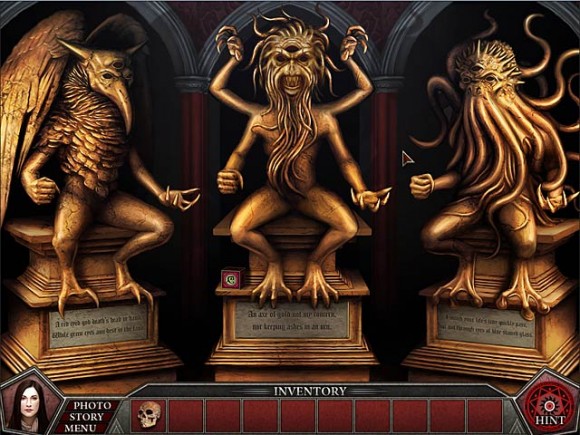 Two weeks after the events of Nightmare Adventures: The Witch’s Prison, Kiera Vale finds herself drawn back into a web of occult sciences, mysterious dark entities, and government secrets — woven by the agency known as A.R.C.A.N.E.. Kiera is happy to receive the call, but soon after her arrival finds that things are not at all how she remembers them to be. What are these agents hiding, and why didn’t they tell her the whole story? What is the true nature of the Blackwater “Witch”? Why is Dr. Thorn’s young daughter locked up in a containment cell? From the top secret labs in the depths of A.R.C.A.N.E.’s headquarters to the distant spires of alien worlds, Ms. Vale will seek answers, solve cryptic puzzles, banish evil otherdimensional creatures, and perhaps even make a new friend over a game of Piggy Princess along the way, in Nightmare Adventures: The Turning Thorn. Head over to Big Fish Games to check out this title. 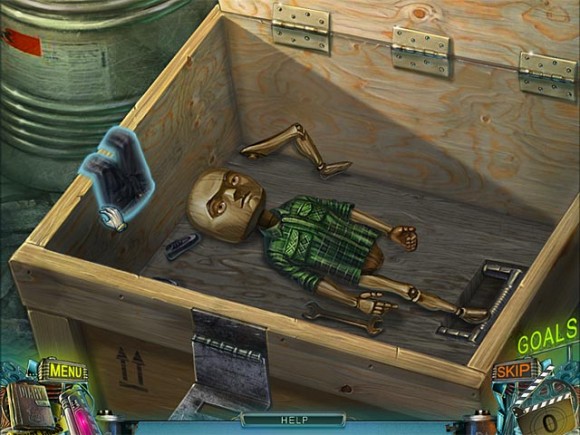 Uncover the truth behind a shocking on-air murder in Reality Show: Fatal Shot! Everyone knows that breaking into showbiz can be tough. But for participants on Fright Reality Show, it can be murder. After a man is killed on the set of the hit series, the victim’s wife arrives at your office, begging for justice. Follow the clues, from the city streets to the top floors of the station’s headquarters to uncover the truth behind this shocking crime. But be careful! Things are rarely what they seem on TV… Download the game here. 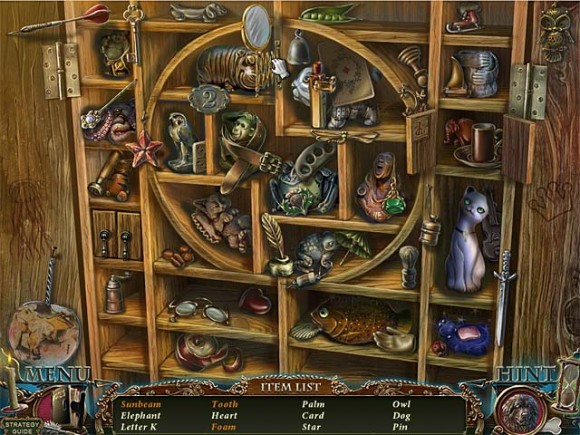 Edgar Allan Poe’s classic tale gets a reboot in this fourth game in the well-loved Dark Tales series. You and your detective companion Dupin have been summoned to the seashore to help William LeGrand discover the exact location of a treasure lost hundreds of years ago. But LeGrand isn’t the only one with designs on the pirate booty… A masked villain tries to make off with the code, and a mysterious woman in a veil seems to be connected. Follow the clues – with the help of the superior sniffing abilities of your Newfoundland sidekick – to track down the treasure and foil the criminal’s plans. Click here to check out the game.

And these are the best casual games of January 2013. Let us know which games on this list were your favorites!