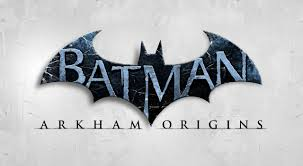 Details have arisen for the DLC available to Batman: Arkham Origins players, the pre order Deathstroke Challenge Pack and the PS3 exclusive Knightfall pack, including trailers for both.

Firstly, the Deathstroke Challenge Pack sees two exclusive maps, one of which includes a special ‘100-to-1’ mode. This mode tasks Deathstroke with taking out waves of enemies until he racks up 100 enemies defeated in a similar system to the combat challenges dealt with in previous games. This also includes a typical ‘Predator’ type map that players of the previous Arkham games will be familiar with.

Also included is some additional costumes for Deathstoke. You can choose to play in the typical Arkham Origins suit, like he was in Injustice: Gods Among Us and the Judas Contract Deathstroke. See the trailer for this pack below:

Also detailed was the Knightfall Pack, which was confirmed by developer WB Games Montreal as being a PlayStation 3 exclusive.

This pack will contain five challenge maps, which are called “Azrael Does Not Protect”, “City on Fire”, “Venom Connection”, “Turning Point” and “No Rest for the Wicked”. In a post by PlayStation Blog it reported this will contain three combat maps and two predator maps, and will see players battling Bane, Venom users, and Blackgate prisoners in a crime-ridden Gotham City, where Bane’s forces have seized control across many key areas.

Also included in this pack are two special outfits: Knightfall Batman and classic Adam West style Batman for people to glide around Gotham City as. Have a look at the trailer below:

Batman: Arkham Origins is scheduled for release on October 25th on Xbox 360, PS3, Wii U and PC.