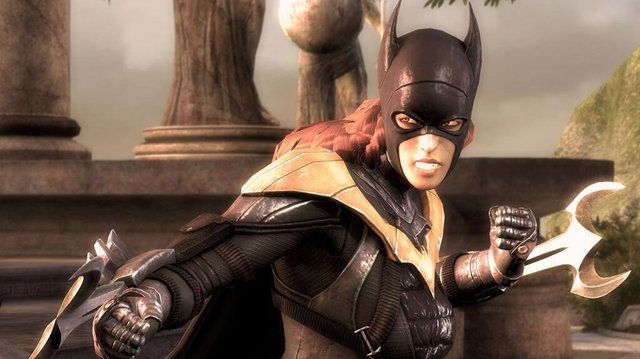 UPDATE: Finally the Batgirl gameplay video has been released, and shows Batgirl kicking Joker’s butt. The DLC will cost 400MSP on Xbox 360 and £3.99 on PS3.

You can see the new trailer below.

The Batgirl DLC was leaked on Thursday when a listing for the DLC was discovered on the Xbox Live Marketplace. The listing was quickly taken offline but not before a video was captured and sent to GameInformer showing the DLC. The video didn’t show too much else other than the fact that Batgirl will unsurprisingly be available as part of the Injustice Season Pass, along with the other  confirmed DLC character Lobo who launches May 7.

As the content could not be downloaded we don’t know how Batgirl will play, or how she differs from other similar characters, such as Batman. However as the tweet mentioned some Batgirl gameplay should be released in the coming days, so we won’t have to wait long to find out.

Many DC fans, myself included, feel Batgirl will be both a welcome and interesting addition to the Injustice roster, not only because of her being a new character but also because of the back story surrounding the character and how it will be intertwined with the game.