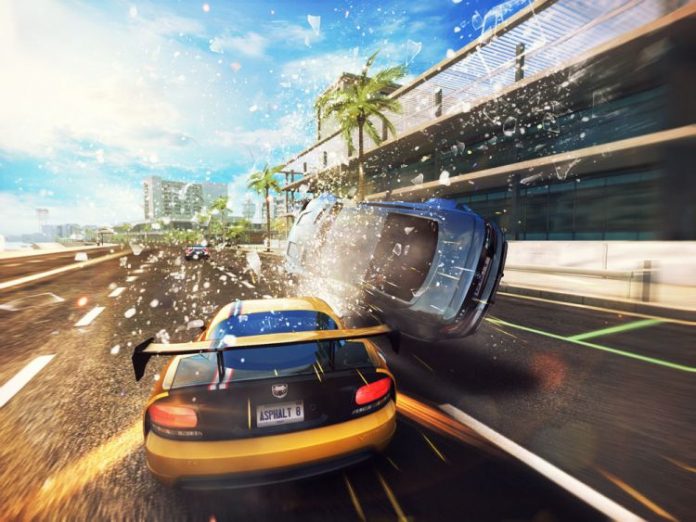 On August 22nd, Gameloft released the latest in the Asphalt Heat series of games for iOS, Asphalt 8: Airborne. With new cars, new locations and killer game modes, this game is a racing game fan’s dream. With a few new game features, Gameloft stays loyal to Asphalt Heat franchise while still improving the over all gameplay.

Unlike it’s predecessor, Asphalt 8 only has 5 classes of cars, with a total of 47 cars you can purchase. You can race in a total of 6 game modes across 9 stunning locations, including 3 new modes: Versus, Infect and Gate Drift. The new thing about this game is the addition of various ramps and jumps on the maps. Players can earn nitro by doing tricks including basic air time and barrel rolls. I call the locations stunning, because the graphics are amazing. Gameloft out did themselves compared to the previous games. The car crashes, the scenery and vehicles are much more realistic.

There was, however, a few very minor things that I didn’t like. The main menu was very confusing to navigate at first and it took me a while to figure out. During the races in Asphalt 7, you could pick up coins to add to money you have. However, instead of picking up coins during while racing, players earn trophies to earn additional money. This system was infuriating at first, until I released how easy it was to earn trophies. The one thing I still don’t like about the game is the fact you only level up in multiplayer. In the last game, you could level up in the campaign and free play modes. I feel like I may be missing something, but like I said, the menu is still a bit unclear. I do hope they add more things I enjoy in the future, so I can get past my disappointments.

Even though I have problems with this game, Asphalt 8: Airborne gets 5 stars. The gameplay is fun, the controls are easy and the graphics are amazing. Gameloft has made another great addition to the series. If you’re a fan of racing games, or just looking for a fun game to pass the time, I highly recommend this game. You can pick it up in the App Store for $.99.