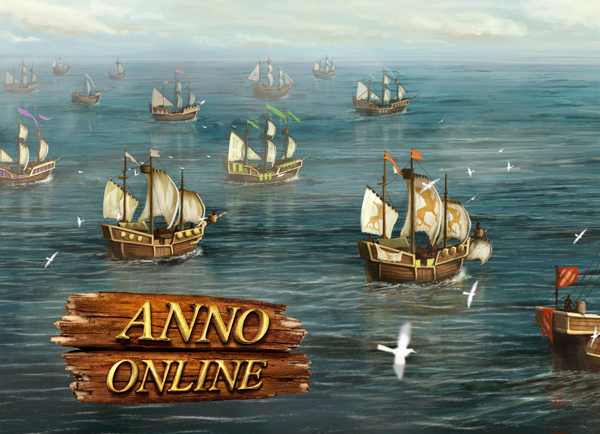 The strategy, simulator Anno Online is receiving its guild system today, announced Ubisoft Entertainment and Blue Byte. Establishing alliances and creating larger scale strategies will now become possible with the guild system. Declaring wars to other guilds is another feature, which will increase the action and dynamism on Anno Online. Each guild will be able to get its own exclusive guild hall, where players can organize guild meetings and discuss guild matters. Ubisoft stated the main strengths of this social feature:

From now on, players will have the ability to create their own guild or join an existing one. This system will allow them to communicate, to establish strategies and to help each user thanks to a separated chat channel. Fans will be able to choose a name and a guild tag, invite up to 25 members and establish a strategy thanks to the guild chat channel. This feature will bring a brand new building, the guild hall building, allowing users to gather and feel a unique guild belonging.

In Anno Online, players are able to rise up and develop medieval cities using a complex and structured economy. In order to satisfy the civilians, it’s extremely crucial to always guarantee basic goods like food. As the city progresses, new buildings and events will be unlocked. Expanding a realm is possible, as there are numerous lands to be explored and conquered.

The Top Slots for US Players