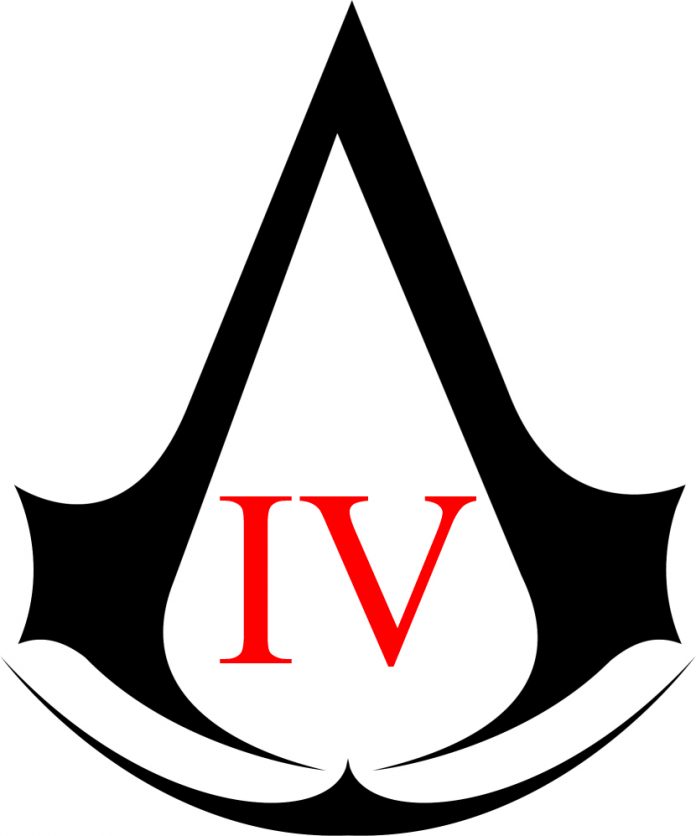 By far, one of the biggest stories of the day has to be the rumors surrounding Assassin’s Creed IV: Black Flag; the rumored next iteration in Ubisoft’s popular franchise. The rumors started flying about a month ago when a Reddit user going by the handle ‘photoacoustic’ claimed to have caught a glimpse of a PowerPoint presentation being worked on by a woman sitting in front of him on a flight; you can find the Reddit post in question here.

“…I was on a flight where the lady in the row in front of me was working on a PowerPoint presentation on marketing strategies of several gaming titles. And one that stood out the most was AC4: Black Flags, aimed for release 2013 Holiday season according to her slide. It already had a cool looking logo for it.”

So far most of the rumors/speculation have been taken with a big ol’ grain of salt; that is, until today when the following image was pass along to, and subsequently reported on by, Kotaku: 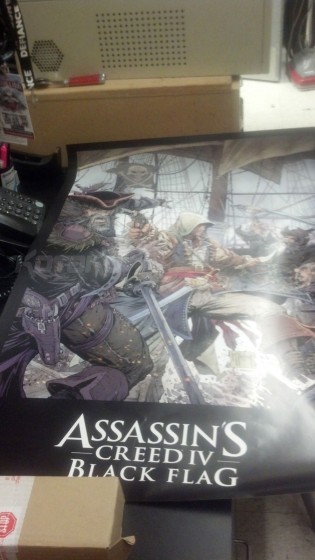 Supposedly the poster in the image is to be displayed in stores starting on Monday, March 4, and the game itself is to be released sometime during Ubisoft’s 2014 fiscal year which runs from April 1, 2013 to March 31, 2014.

If you ask me, it seems rather strange that promotional materials for an as of yet unannounced game would end-up in the hands of retail employees. Also, just looking at the poster itself, doesn’t it seem a little off? By which I mean that it tells us nothing about the game besides the title; no ESRB “Rating Pending”; no Ubisoft logo; no tagline, website URL, fine print, expected release date, etc.; there’s nothing there that we typically associate with promotional materials of this type. To me, this looks more like something you’d buy at a convention or win at an redemption arcade, rather than a promotional poster.

A few commenters on the original Kotaku post stated that the room in which the picture was taken looked an awful lot like the backroom at a GameStop. Does this lend any more credence to the possible legitimacy of the rumor? Not really, but it does seem likely that this is, in fact, the back room of GameStop, what with the Defiance strap on the clearly game-related badge/name tag in the top left corner (though I can’t actually make out what game that is). Plus, every GameStop I’ve been to has used the same exact model of vacuum cleaner that’s at the top right, so, there’s that.

One last thing to note is that there appears to be an artist’s signature below the assassin’s left leg; I played around with it a bit in Photoshop, but no matter what I do I can’t make it out; the glare on the poster is too obstructing. Maybe someone with better Photoshop skills than I can clear it up to the point of being readable. 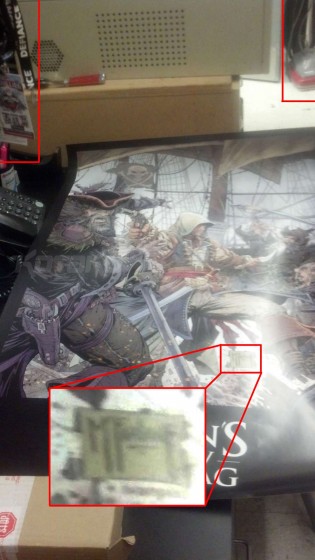 To reiterate, something seems off about the poster to me, but, on the other hand, this would be a pretty elaborate hoax if it were fake. It also begs the question of why Ubisoft’s would consider releasing Assassin’s Creed IV only a year after Assassin’s Creed III; I know there’s supposed to be an AC game released yearly, but to move up another numeral so soon seems like a poor business move. Whatever the case, I’m sure this won’t be the last we hear of Black Flag, and with this poster supposedly scheduled for retail display this following Monday, we might have news one way or the other sooner than you think.

Update: Since I started writing this post, a whole wealth of information regarding Assassin’s Creed IV: Black Flag has surfaced. As of right now the game is all but confirmed with many sources indicating that Ubisoft will have an official press event tomorrow, February 27, 2013, regarding the title in question.

David Scammell of Videogamer.com also reported that the title Assassin’s Creed 4 has appeared in the background summaries of three Ubisoft employee’s Linkedin pages, as shown below:

A screenshot speculated to be from the new title has also surfaced: 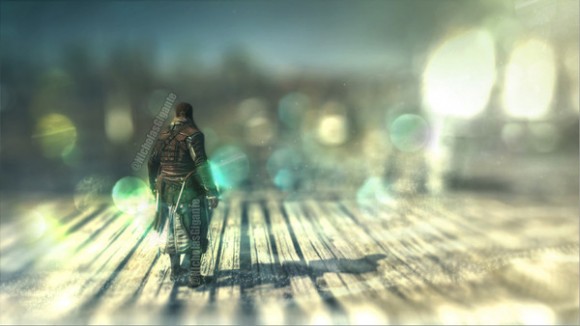 And finally, I’d like to thank Unigamesity reader, Philmergerd, for bringing to my attention that the artist’s signature in the poster belongs to none other than legendary cartoonist/comic book artist and writer, Todd McFarlane; you may all now point and laugh at my inability to recognize such an unmistakable signature.

With all the information now presented here, it seems very likely that Ubisoft will announce the next Assassin’s Creed game tomorrow, and that it’ll indeed be pirate themed; so expect many a swashbuckling tale and a host of vitamin C deficiencies in the near future.