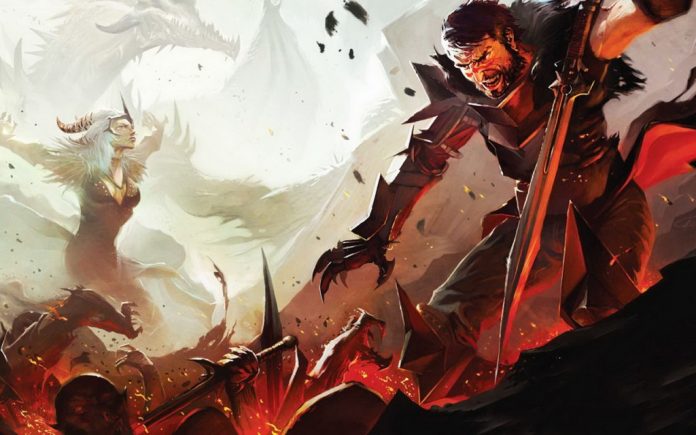 The Dragon Age series, currently I and II, dignify an extraordinary medieval story, contemplating endless conflicts between factions and races. The rich characters that forge this story are no less glorious and exuberant. This series brought by Bioware present characters with distinct personalities and detailed background stories; even the secondary roles have a chance to influence the plot overall. There are no boundaries for true heroes in Dragon Age and audacious characters are basically everywhere. The main characters, the Warden and the Hawk, are known for many attributes, amongst them their determination and fortitude. I suppose that was Bioware’s intent after all, to create the perfect hero, the strongest, the most intelligent, the most reasonable, the most courageous, the most practical… That’s why I am not including those two names in the following list; it wouldn’t be fair for the other contestants. 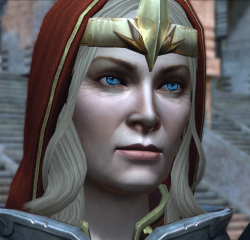 Meredith Stannard is the Knight Commander of the Templars of Kirkwall. She has to deal with the city’s problems, including the qunari’s invasion and the mage’s rebellion. Meredith has a personal drama with mages and she doesn’t give any space for freedom when it involves magic. During the Dragon Age II, Meredith will purchase an enigmatic lyrium piece to forge a sword; unaware of the mineral’s power she becomes insane and her hatred towards mages starts to consume her completely, eventually her anti mage paranoia starts to take over and she ends up fighting her own faction. 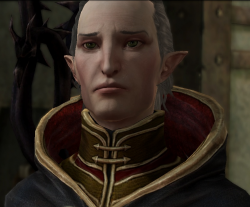 Orsino is an elven mage and the First Enchanter of the Circle of Magi in Kirkwall. He realizes the danger that most mages present and the risks of freedom, as most of them can’t resist the temptations proposed by demons. Nevertheless, he doesn’t agree with the templars methods and ideas of slavering mages. When the Knight Commander Meredith invokes the Right of Annulment, concerning the extermination of every circle mage due to blood magic contamination, Orsino embraces an act of desperation and summons the demon’s power to defend mages. 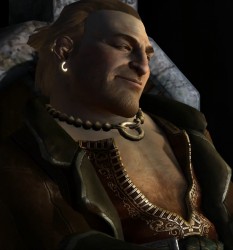 Varric is a rogue dwarf and a possible companion in Dragon Age II. His older brother, Bartrand runs the family business; together with Hawk they host an expedition to the Deep Roads, land of ancient treasures. Greed takes over Bartrand and he steals the freshly discovered trophy and leaves his own brother to root in the darkspawn’s home. The lyrium trophy will poison Bartrand’s mind, forcing Varric to deal with his brother’s dementia, having no other choice but to take him down as he tries, once again, to murder him. 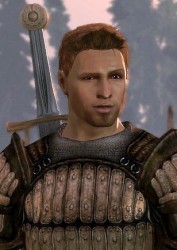 Alistair is a Grey Warden who seeks to put an end to the fifth blight; however the death of king Cailan and the mad ascendance of Loghain will create a successor crisis. Alistair’s strength and courage to lead a weakened land, together with his royal blood will make him an exceptional candidate. The character will have to fight many enemies at once, the hostile darkspawn forces; the sneaky Loghain’s followers, who seek to deny his deserved crown and even himself, as his unending doubts of becoming the ruler of Ferelden torment his mind. 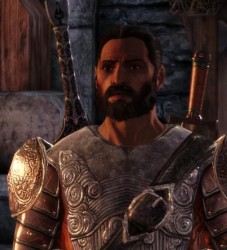 Duncan is the Warden Commander of Ferelden in the Dragon Age: Origins. His battle ambition against the darkspawn is interminable; he foresees the upcoming fifth blight and tries to warn the leaders of Ferelden, in a desperate attempt to save the debilitated and fractured land. Duncan and other new recruit wardens will be present in the first battle against the fifth blight at Ostagar. Even though, the new recruits survive the fatality, Duncan becomes another victim of Loghain’s betrayal. While the royal forces get overwhelmed by the hostile abominations, Duncan tries to save king Cailan’s at every costs, however he is not successful.

Daughter of Flemeth, the true Witch of the Wilds, Morrigan is a shapesifter witch who will play a decisive role in the fifth blight’s denouement. Morrigan was raised in the Korcari Wilds by her supposed mother, away from the civilization eyes. She’ll join the Warden to defeat the darkspawn and ensure the continuity of Ferelden as a prosper land. During their journey, Morrigan will find Flemeth’s lost Black Grimoire and learns that her lovely mother is planning to sacrifice her life in order to prolong hers. With this valuable information in her hands, Morrigan will seek the Warden’s help to defeat her mother in order to guarantee her own safety. 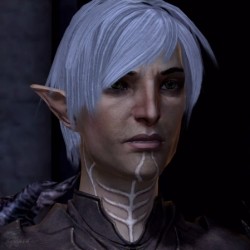 A living proof of the mage’s brutal force, Fenris was once propriety of the Tevinter Magister, Danarius, who marked Fenris’ body with lyrium marks granting him an unnatural ability to phase through solid objects. As an object of torture, subjugation and servitude, Fenris had to break through to escape the slavers hands. However, escaping is not enough to achieve freedom; he’ll be forced to fight those who seek to imprison him, as well as himself and his urge to punish every breathing mage. 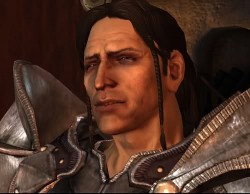 Teyrn Loghain helped King Maric to defeat the Orlesian Empire more than thirty years before the events of Dragon Age: Origins. Upon Maric’s death, his son Cailan, who is married to Loghain’s daughter Anora, becomes king and Loghain is kept tightly as an advisor. The royal consultant suspects that the Grey Wardens, who came to assist against the darkspawn, are working for the orlesians. As so, he will conduct an unfaithful act by betraying Cailan in the battle of Ostagar. By disobeying the main plan and running away, the battle is inevitably lost and Loghain will assume Ferelden’s power by controlling and manipulating his daughter, the queen. 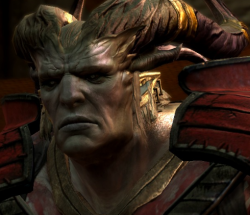 Arishok is a qunari leader that was forced to dock in a foreign city, presuming that a storm destroyed his ship, however the truth is that the sacred Tome of Koslun has been stolen and his party cannot return home without it. Arishok will then place roots in Kirkwall peacefully but as the years pass, he won’t be indifferent to the city’s injustices anymore; he’ll become the source of innumerous religious and political uprisings. This rivalry character breaks the peacetime rules between races and starts a war in the Free Marches by assassinating the city’s viscount Marlowe Dumar. 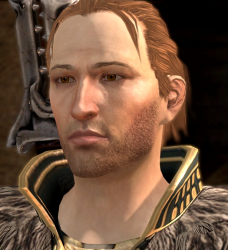 Known as one of the main characters of Dragon Age II, Anders has a decisive role concerning the mage’s destiny in Dragon Age. As a former healer, Anders has lived with the gift of magic since ever; this marvelous power has also confined his physical self to the walls of the Circle of Magi. Determined to be free, he fought the templars and escaped the prison several times. But the battle had just begun; this character declares war to the Templar Order in the name of mages and starts a revolution by entering in a desperate mission to free the oppressed from the hands of those who perceive mages as savage and merciless creatures.