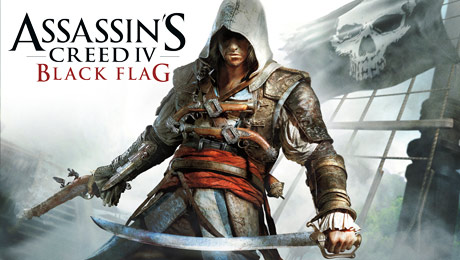 Assassins Creed 4: Black Flag’s creative director Ashraf Ismail revealed where he would like to see the next AC game to take place in. While speaking with Examiner, Ismail reiterated Ubisoft’s stance on shipping Assassins Creed games annually.

“The President of the company has said that we will ship an annual title, so it’s out there. We’ve been on this game for almost two years; it’ll be two and a half when we ship. I would say one of the best things we have going for us is how we can play with history.”

Ismail stated that he would love to see an Egyptian based setting for a future AC game. While he specifically said this doesn’t confirm an Egypt based AC game exists, he wouldn’t dismiss the idea of visiting the Northeast African country.

“I’m not saying we are going there, but one day I would love to explore Egypt as a setting for this game. Ancient Egypt could be a really cool place. We have a really cool explanation for how we can do this, and it is with this Animus device that allows us to go to anytime in history.”

Ismail discussed gamers’ response when it was revealed that AC4 will take place before AC3. Despite popular belief that each AC game moves chronologically, Ismail detailed that this was never the case for Ubisoft. The concept behind the Animus allows each AC team to base their games off of any time period and setting.

“People are really surprised with where we took Assassin’s Creed 4 because it was back in time from Connor’s time. But we’ve never outright said that we are always moving forward. It just happened to be that way because we went from Altair to Ezio, then Ezio to Connor and there was a lot of hype about the American Revolution.

“However, it was never a set rule that we always get closer to the present day. We were a bit surprised by people who saying, ‘how do you go back in time, how’s that possible?’ It’s that Animus device we have. But again, I’m not saying Egypt is where the next one is going, it’s just where I would like it to go,” Ismail said.

Assassins Creed 4: Black Flag will feature a pirate/Caribbean based setting for the first time in the series. The game looks gorgeous and features a heavier emphasis on exploration and freedom.

The game will make it’s debut on current gen consoles on October 29, specifically on the PS3 and Xbox 360, November 12 for the PS4 and Xbox One, and November 19 for PC.