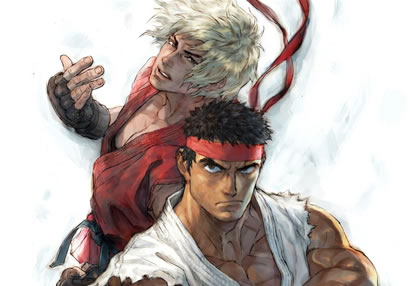 A strange and mystery advert was released earlier today that heavily links Playstation 4 and Capcom’s legendary fighting series Street Fighter. The 30 second video is littered with easter eggs that might point to an upcoming announcement being revealed.

The video comes with the words, “Don’t just call a cab! Call Hadouken Cabs! Hadouken Cabs. Knocking the competition out since 1987.” The last several seconds briefly gives us a glance at the DualShock 4’s four buttons and ends with the hashtag, #4theplayers.

There is also a website the video implores you to visit but there isn’t much to be found there except some comedy.

What this video actually means is still a mystery to most people, but we have several ideas of our own. For one Street Fighter series producer Yoshinori Ono tweeted out a job request earlier last month imploring that Capcom are looking for additional staff to commence work on a new fighting game. Ono was asked what their target platforms might be for the game but he stated he did not know what platforms the game will be coming out for.

This could very well be the next iteration of Street Fighter coming exclusively to Playstation. We have seen that Capcom aren’t afraid to keep some of their series exclusive to one console, as perfectly showcased by Dead Rising 3. But this could also be an advert for the upcoming Tekken X Street Fighter crossover we were promised several years ago. But that particular game is being developed by Namco Bandai.