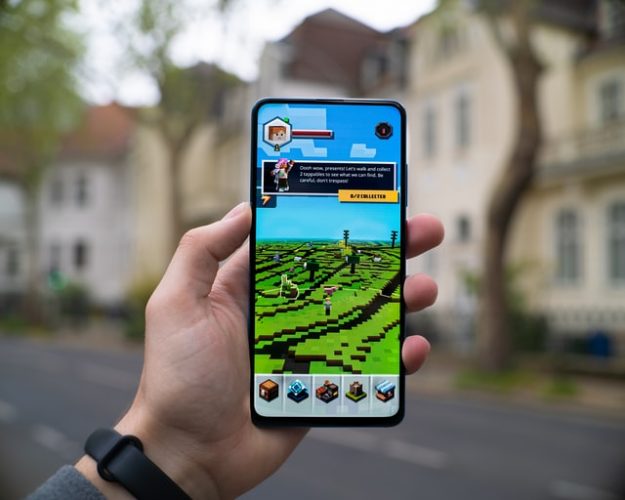 Apart from being a popular smartphone operating system, iOS is also home to a myriad of exciting gaming titles. If you haven’t already, be sure to set your eyes on the following 2022 releases:

Tomb Raider has forever been one of the most recognizable icons in the history of gaming. It’s not uncommon to see Lara Croft making an appearance in comics, board games, movies, and other places in the entertainment industry. There’s also a slot game called Lara Croft: Temples and Tombs that can be found at Unibet, a brand that is oftentimes listed on various sites that are writing the best NJ online casino reviews.

So what does Lara have in store for us in iOS’ Tomb Raider Reloaded? In this action-adventure mobile game, you will have to make your way through ancient tombs full of traps, monsters, and other hazards that are dying to tear Lara to pieces. Compared to a typical Tomb Raider title, this one is much more arcade-spirited and you’ll upgrade your skills and gear as you progress. Can you handle Lara’s twin pistols and blast your way through an onslaught of monsters coming your way?

Super Meat Boy Forever is quite a unique take on a a classic arcade platformer recipe that is getting a mobile release in 2022. Although it plays similarly to the original, there are a couple of notable gameplay changes for the players to explore, the most obvious one of which is transforming the game into an auto-runner. This also happens to strip your control options down to the very essentials, but you can, for example, still control when to jump. At the same time, this makes the game perfectly suited for iOS’s touchscreen controls.

Who’d like to resurrect some ancient Egyptian monsters to battle it out against the competition in a card game duel where you get to customize your deck exactly to your liking? This game will challenge your wits by testing how clever you are when using monster, spell, and trap cards to defeat your opponents. There are more than 10,000 different cards to explore, each with unique effects and stats.

Unlike a classic TCG, Yu-Gi-Oh! would not live up to its name if it weren’t for smooth and bombastic animations. If you want to play against an opponent who happens to be playing the game on another device, no problem! YGO Master Duel fully support cross-play. And if you’re more of a solo player than someone who’s multiplayer-oriented, there’s a story mode to explore that’s full of dramatic events and cliffhangers. As you progress, you’ll be rewarded with in-game currency you can use to buy more packs and expand your card collection to build awesome new decks.

Everyone’s favorite hack n’ slash dungeon crawler is coming to iOS. Pick your class to slash your way through hordes of enemies, either as a Wizard, Monk, or Demon Hunter. As you gain experience and level up, you have several skill-tree choices, so it’s completely up to you how you want to develop your character. Note that the game requires a working internet connection to play, which is arguably its only drawback.

Who hasn’t heard of the iconic sandbox series? In the iOS bundle, you’ll be getting your hands on a completely remastered version of:

Each of these classic titles introduces a breath of fresh air that comes in the form of several visual and gameplay improvements. Nevertheless, they all feel like a GTA game should, featuring all the classic elements of car-jacking, dramatic bank robberies, wild chases, and an engaging story that gives you a glimpse into the criminal underground scene. Of course, the controls have been modified for iOS, so it plays smooth as butter.

With a selection of AAA gaming titles like these, you won’t be bored in 2022. So pick your favorite one and let the gaming commence!