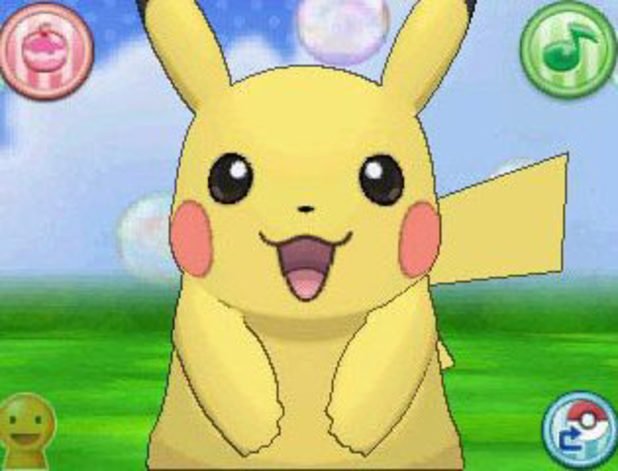 Pokémon has fought, won, and captured the test of time– proving that Game Freak and Nintendo both know what they are doing. But if you are like me, it is a tad hard  to follow the series with the same level of dedication found in the release of the Johto region.

Pokémon soon became filled with more potential than actual breakthroughs. Example being the animated ‘mons in Black and White. Although they were great, it wasn’t exactly granting the wish we all had after seeing our favorite monsters in Pokemon Stadium for the N64. Entries to the Pokédex were either hit or miss, with really sweet editions like Darkrai or Zoroark, and rather disappointing legendaries like Heatran (sorry guys, he just isn’t cool). It wasn’t as though the series became bad, it just felt contrived, almost forced in a way.

Personally, I stopped playing Pokémon after the Diamond and Pearl series for that very reason– it’s not that the games were boring, they just weren’t excellent, and certainly nothing to write home about. But after nearly a six year break I found it impossible to avoid one of my childhood series’ and as such– purchased a copy of Pokemon X, which was released on October 12, 2013.

After logging in nearly 60 hours (which is nothing) I have made my conclusion: It’s a must have game for the 3DS. But if you are on the fence, here are my 10 Reasons you still need to get Pokemon X and Y.

Personally this is something I promised I wouldn’t get excited over. The addition of animations made in the Black and White series was decent– sure seeing Charizard roar and flap his wings was great, but for me it was still mechanical, and the 2D structured Pokémon just looked funny performing some of the fully rendered, three dimensional moves that they had.

X and Y grants us the wish we always had: FULLY 3D POKÉMON. Yes, I mean it– just like you saw in Pokémon Stadium: but better. You can finally see Charizard in the glory that he deserves. 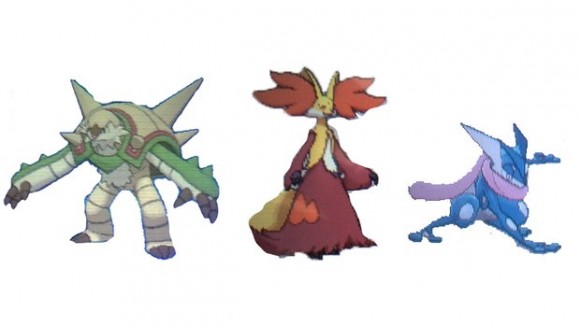 (SPOILER ALERT) They are awesome. Unlike the previous disappointment of a snake thing, a pig, and an acceptable Samurai ..Polar bear? Pokemon X and Y gives you not only an awesome Knight Juggernaut named “Chestnaught” but a magical girl wizard fox, and a #$%&ing FROG NINJA. Why don’t you have this game yet? 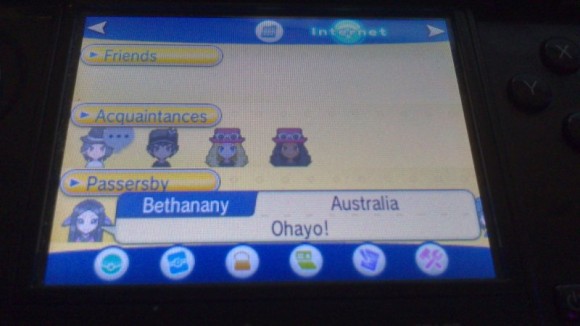 Every rendition of Pokémon on the DS family has promised an intuitive online interaction– but none of them have succeeded like this. Pokémon X and Y allows you to (with literally a tap of a button) connect to thousands of players from Japan to Australia, and set up seamless trades, battles, and even help each other out with power ups known as O-Powers. By simply tapping onto a player that is online, you can send them assistance in the form of Extra EXP for a battle, or even increase their chances of catching a Pokémon.

Pokémon has always been about connecting with each other, and although it has been a long time since trading cables, only now has Pokémon ever felt so seamless and, well– connected. As you walk around your game, players appear at the bottom of your screen– we can now click on them, read their profiles, and even send them encouragement and our own information. Although it might not be as perfect as say– World of Warcraft, Pokemon X and Y’s online component definitely feels like it. 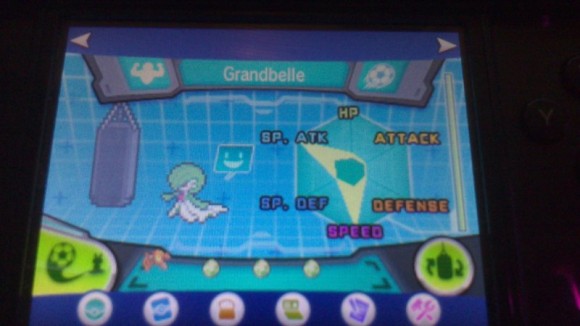 I have never played Pokémon competitively, but I know a good number of people who do. Underneath the cute exterior of yellow mice and Bulbasaurs  lies layers upon layers  of complexity. Thousands of Pokémon players train special (once hidden) stats known as EV’s, and breed their Pokémon with other Pokémon for the perfect IV’s. If this all sounds foreign and way to difficult to grasp, that’s ok– but know that X and Y finally gives you the option of easily participating in this serious scene.

In X and Y player’s now have the ability to train their Pokémon in ridiculously fun mini games known as “Super Training”. Originally, trainers had to increase specific stats by fainting particular Pokémon. If you wanted your Charizard to be fast, you had to train it at an early age on Zubats. Hundreds upon hundreds. Of annoying. Zubats. Now, with a touch of a button– players can simply play a mini game, and attune the growth of their favorite ‘Mons with ease. Although this is wonderful news for competitive players, it’s spectacular for casual ones as well.

Pokémon has, again, always been about capturing, trading, and training an elite team of monsters that you could have at your disposal– with the ability to breed and train with ease, players can now feel as though they have more than just six Pokémon they spent six months to perfect– they can hatch, train, and attune whole sets and boxes full of Monsters that they might never battle with at all, but always have the option to use– and use effectively. This changes the end game from a boring grind fest, to an actual adventure– and isn’t that the dream?

6. SNORLAX GOT OFF THAT MONEY MAKER

Sure, it only took him six generations and nearly 17 years to accomplish it– but Snorlax in Pokémon X and Y finally stands on his feet. If that isn’t worth shelling out the cash, I think you need to reevaluate who you are as a human being.

This particular reason for buying the game is placed aptly in the fifth spot out of ten. It’s really hit or miss with a lot of fans. Some say it’s a blatant rip off of Digimon, other’s say “HOLY CRAP THANK YOU JESUS FOR MEGA BLASTOISE!” (well I said that), but if you need a reason to buy this version of Pokémon, know that Mega Evolutions are a thing!

With Mega Evolution, certain Pokémon (such as the three main starters of Red and Blue, as well as Gengar and other fan favorites) have the opportunity to evolve (in battle only) once more, gaining a huge spike in power, a graphical redesign, and awesome abilities. Pokémon has always felt lacking in the wow factor after watching Fire-Blast eat foe after foe for the 20th time, with Mega Evolution– you can finally feel as though your champion of a trainer can release some form of hidden power. 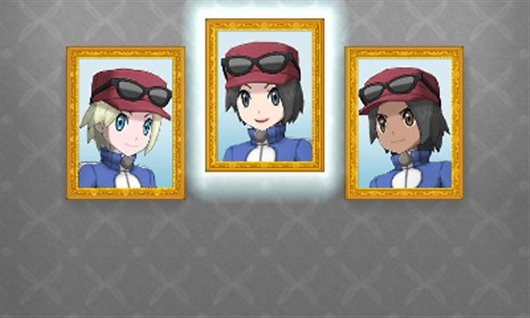 One of my favorite additions to the series, Pokémon X and Y attempts to allow players to alternate their fashion choices. Not only does X and Y give us the opportunity to train Pokémon at ease and have an unique and personal team, but it also gives us the option to look different, and feel like our own trainers. Right of the bat players can not only choose their gender, but also their skin tone. Later the game gives everyone the option to change their eye color, and after that clothing. Personally I was excited for this seemingly small feature, but if you are like me and for some reason expected in game Armani Exchange and Forever 21 choices, prepare to be disappointed. But hey, they tried! 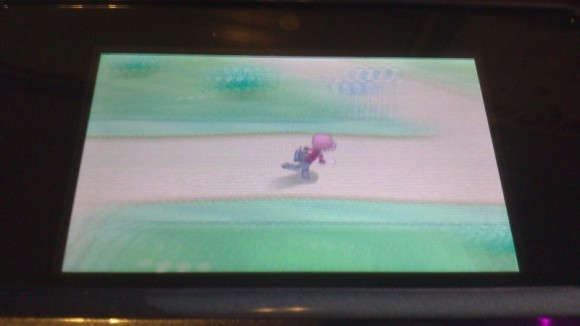 3. THE GAME IS FASTER

What exactly does this mean? Well– everything about the game just moves faster! Right at the intro players are given not only running shoes, but Roller Blades to maneuver the environment.

The trainer is set on a journey and quest immediately within the first ten minutes, and a great selection of Pokémon are given at the beginning in the wild, allowing players to expedite their adventure, instead of sticking with that awkwardly caught HootHoot they never wanted.

Unlike the previous entries, Game Freak doesn’t pull the trainer around back and forth, wasting their time on small, cumbersome problems, but allows them to zip right into Lumiose City, which is even a city that allows trainers to basically traverse the entire map within several minutes! Oh, and even with the roller blades, there is a bike later on. 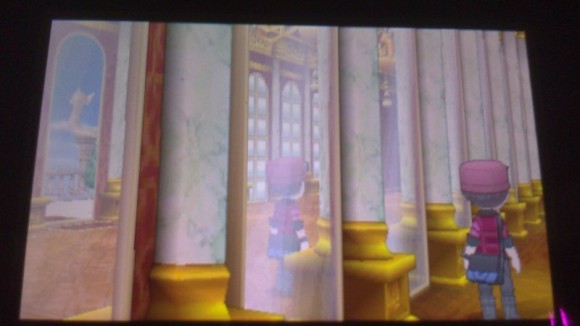 2. IT TAKES PLACE IN A FICTIONAL FRANCE

If it wasn’t for some other addition to the game, this would have definitely been my number one reason you need to buy Pokémon X and Y. Pokémon in France means hundreds of great additions. The exterior and graphical design of this region mimics that of Paris and the countryside of Dijon.

Never before has Pokémon (in my terribly bias opinion) felt so aesthetic. Towns are vibrant with culture and color, as are the characters living in them. The soundtrack hearkens the familiar tones of the Accordion, and even one of the Pokémon (Flabébé)  utilizes  the Accent Aigu in it’s name.

Aside from how the game looks and sounds, Pokémon in France also means a great deal of being Beau (or if you are a girl, Belle)!  Only in this particular region can players choose not only their clothes, but haircuts. There is even a Pokémon that can graphically change the way it looks at salons (in battle too), giving players a sense of customization and beauty.

The streets are lined with the tinkering of nearby Cafés, and the night is filled with arôme de l’amour (the smell of love). 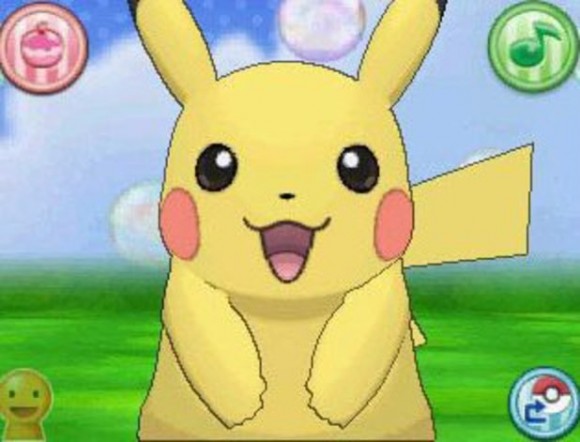 You can pretend all you want that this isn’t important to you, but for god sakes Pikachu says it’s name!

Sure, this has always been a thing in Pokémon Yellow for the Gameboy color, but even that was just a cacophony of pixelated noises made to sound a bit like “Pikachu”. In Pokémon X and Y, dreams come true.

The list I made is a bit hefty with words so I’ll cut to the chase: You should buy this rendition of Pokémon. For its graphical overhaul, the starters, online components, competitive edge, snorlax, player customization, mega evolutions, faster pacing, environment, and Pikachu.