Pokemon Sun and Moon’s release date is now only a mere three months away and with that date creeping ever closer it is only typical that leaks are being dispensed from here, there and well, pretty much everywhere. The latest teasers for the new Pokemon games have been unveiled in the latest issue of the CoroCoro comic. Not only have a bunch of new Pokemon been introduced in this particular issue but we also have a little bit of insight into Alola’s bad guys and we can see even more of our original 151 being given Alola forms. 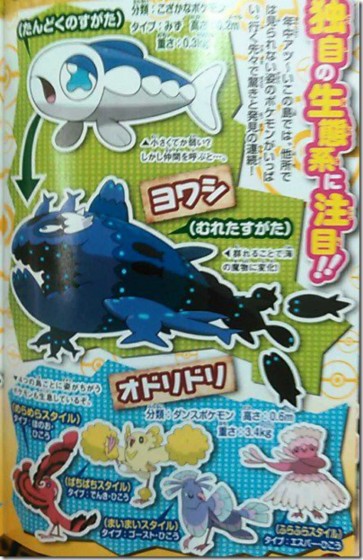 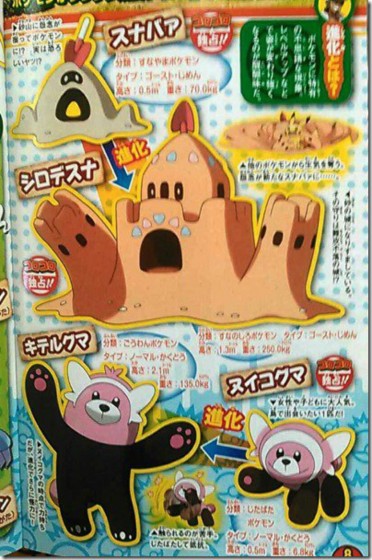 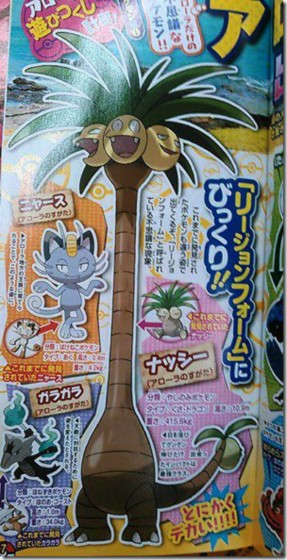 From these images we can depict that not only have a new fish Pokemon (presumably a water type) and a Pokemon resembling a sandcastle become new additions to the Alola Pokedex but furthermore, we can see some of our original favourites in region themed forms. More specifically we are looking at a rather majestic looking Meowth and Marowak in the third image who now seem to also have Alola forms. Taken into consideration the previously leaked Alola forms of the gen 1 Pokemon, we can only assume that this will have some sort of effect on there original types. 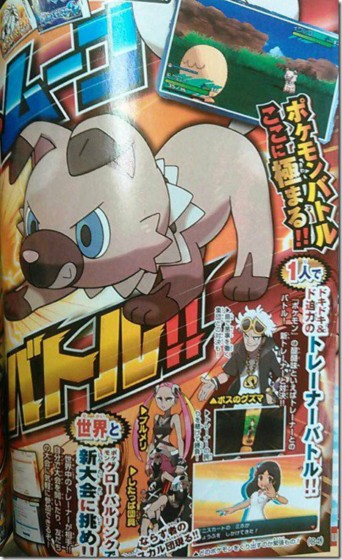 In addition to this, in this last leaked image we are not only teased by the fact Rockruff’s (a previously unveiled new Pokemon) evolution is being shown in the next issue of CoroCoro, but there has also been some light shed on the latest crew of bad guys that trainers will have to face off against in Sun and Moon upon release. The new band of baddies is called Team Skull and above are the leaders of the group of Pokemon wrong-doers.

On another note, a site called 4Chan has supposedly acquired details on the entire Pokedex listing for the upcoming Pokemon games. The listing itself is HERE. The site isn’t renowned for being one of the most reliable sources of information however, that said the majority of the information provided on the site does cohere with the other teasers and information that has been released in relation to Pokemon Sun and Moon already.

With the release of Sun and Moon on the horizon it is safe to say that we can expect many more leaks over the course of the next 3 months so keep an eye out fans.