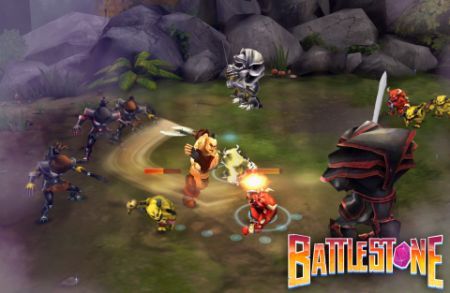 It might have just been me who did not notice this, but it would seem as though Zynga is trying to make a turnaround in some aspects. When someone asked the corporation what thoughts they had on RPGs, considering how successful they were becoming in growing, Asian markets, founder Mark Pincus responded: ‘I think that we’re excited about the RPG genres within mid-core, and you’ll see some games coming out within that from us this year.’ Excited, indeed–not so much myself, as I believe I owe some people money now …

At Zynga’s earnings call today (24 April), Pincus mentioned that the RPG market in the US is growing, and they have reason to begin production of such game, they are, however, foregoing release presently in an effort to properly market their new mechanics to a mass market. From another statement, it sounds like the idea is to modify existing mechanics for casual players: ‘Our approach is definitely learning from the success that we see with these mechanics in Asia … the challenge is to find what formula really can catch on with a much more casual audience in the West.’

Earlier in April, Zynga announced that its existing action-RPG, Battlestone, is already being ported to Android and iOs devices, though not yet at a world-wide level (this of course means Canada only, for now). This game is most likely to serve as a test-run of RPG popularity and opinion in some of the more obscure markets, so new IPs are probably not far out of sight.

Chief operations officer David Ko explained that the focuses of the company ‘quality,’ and of course ‘social and accessibility’. The fundamental aim of this new project is to expand the existing Zynga network. To that end, Ko stated: ‘If you put together the network plus our franchises, we really do believe that that’s what differentiates us from everybody else.’