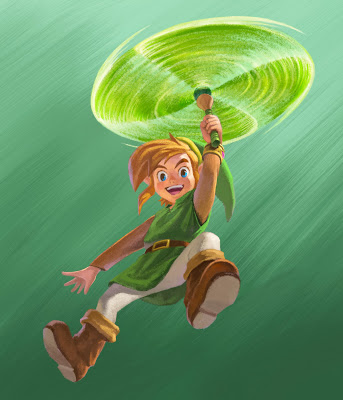 In perhaps one of the strangest and most surprising announcements to come out of this morning’s Nintendo Direct, the company revealed a new crossover between Zelda and Dynasty Warriors. The game, titled Hyrule Warriors, will be developed by Tecmo Koei and is headed to the Wii U sometime in 2014.

The title name is still subject to change and Nintendo president Satoru Iwata stressed that this isn’t the new Zelda game in the works for the Wii U. Fans should still expect a core Zelda title to be announced for the Wii U in the near future. Hyrule Warrriors combines the “tried and true action” of the Warrior series with the iconic enemies and weapons from the Zelda franchise. The game is a 3rd-person action title which features hundreds of enemies on screen at once, much like the Warriors series.

The reveal trailer showed off weapons such as a fire rod, bombs, sword, Hylian Shield, and the spin attack from Link.