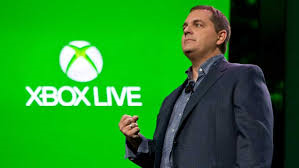 Marc Whitten, the Chief Product Officer of Xbox, has stepped down from his post.

The decision ends a 14 year stint with Microsoft, in which he oversaw the release of the original Xbox, the Xbox 360 and last year’s Xbox One. He was also a prominent member in the launch of Xbox Live, which now has 48 million members since it was launched back in 2002.

Whitten has left his role at Microsoft to become Chief Product Officer of Sonos, an audio device firm.

In a statement on Xbox Wire, Whitten said: “I have had the extreme pleasure over the last 14 years to work on the greatest product with the greatest team and for the greatest community,” adding that “Xbox is so special because of the amazing team I’ve had the opportunity to work with and because our fans are the most incredible fans on the planet. It has been the highlight of my career to work on a product so loved. It’s incredibly tough to leave but I am confident the best days are ahead for Xbox fans, in the capable hands of a very talented team.”

Phil Spencer, Head of Microsoft Studios, paid tribute to Whitten’s work with the Xbox: I’ve had the pleasure of working with Marc for more than a decade and he has always led Xbox forward with a focus on our fans and delivering a platform that developers and creators can embrace to deliver incredible games and entertainment. We wish Marc well, while looking forward to the next chapter of Xbox.”

The Xbox team will now report to Terry Myerson, executive vice president who “oversees the teams building the software platform and experiences for Windows, Windows Phone and Xbox”, until a replacement is found.

What are your thoughts on this? What do you think Whitten’s best moments have been during his 14 years with Xbox?