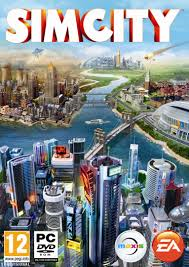 Announced back in January, SimCity is now playable offline after Maxis released the latest update (update 10) for the game.

The update began release at 6am PDT, with EA shutting down the servers for a few hours whilst the update was released. After downloading it, which requires an internet connection you will no longer need to be online to play SimCity, something required since the game launched back in March 2013.

The single player experience is optional and content for the online and offline modes are kept separate, with saves in Offline mode being stored locally.

The single player mode gives you access to all the region maps, however you will not be able to get Leaderboards, Citylog, Achievements, Friends List, Player Profile, the Region Wall, and region invites. The Global Market will still be available, but the prices will be fixed.

Previously downloaded content will be available in both online and offline game modes.

Maxis have posted a FAQ for the update alongside some patch notes, which you can see below:

• Enables Offline Play
• Single-Player Mode includes multi-city play, regional interdependence, and city specialization. Regions are saved locally and there is no limit on number of save games.
• Autosave can be disabled in Single-Player Mode in order for players to experiment and load their regions at a previous save point.
• Save As a copy feature. Players can make copies of their regions at multiple save points.

• Optimizations in the simulator to improve performance of both Multiplayer and Single-Player Mode.