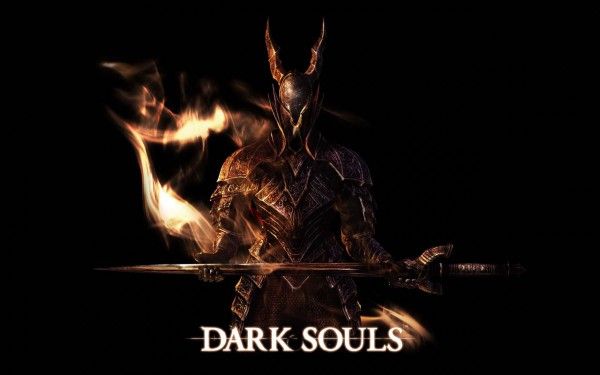 In my opinion anybody who games on PC is a hardcore gamer. Anyone who is willing to pay hundreds or even thousands of dollars to buy or build themselves a PC is pretty serious about their gaming and want the best possible experience that they can get from their games. The PC has been lacking in real hardcore gaming experiences in recent years, but the recently much hyped and superb DayZ has shown how brutal and challenging games can be.

Dark Souls is very much in the DayZ mould where as you are thrown into a brutal and unforgiving world and asked to survive and adapt to the environment around you. Hardcore games like this should have a home on a hardcore platform like the PC and on August 24th PC gamer’s will get what they asked for when the Prepare to Die Edition of Dark Souls is released.

This all started with the developers From Software releasing a statement saying that they had no plans to make a PC version of the game unless there was a big demand for it and so the online petition started that collected over 100,000 signatures and has bought the game to PC. Dark Souls is the sequel to Demon Souls which was only released to PS3 a few years ago, but gained a cult hardcore following. Dark Souls is not a game you play to relax its a game you play to challenge yourself and there really is no let up in this challenge from start to finish. Every creature you meet in this game has one mission which is to kill you and they will kill you. You will be killed in just about every which way you can image, but its in these deaths that you must learn from past mistakes and take that knowledge into the next battle. ‘Knowledge is power’ they say and this is definitely the case in Dark Souls.

The game is totally unwavering in its vision to make the player feel alone, isolated and under constant threat from the creatures that you encounter and the farther you progress into the game the more devious and vicious the monsters become to the point where I do feel that the game goes cross the line at times from just being brutally hard to downright sadistic. Its almost feels like the developers have set an examination paper for you and you sweat and toil your way through it until you get to the end, but the joy of beating a boss after you have died ten times in a row gives you a great feeling of which few other games can match.

A bonus for the PC version is some extra content, a new area called  Lordran which adds dungeons, bosses, enemies, NPCs, armour and weapons. This content won’t be available on consoles till the end of the year and even then won’t be free so a good reason to pick up the PC version when it gets released.

So Dark Souls Isn’t for everyone, its a long term challenge and sometimes days will go by without you making much progress farther into the game at all, but if there is one format that will embrace a game like this it should be the PC. However there does seem to be a number of problems ahead for the game on this format. The game seems to have had a very short development period with it only being announced about six months ago. There have also been quite a few worrying statements from the developer about the upcoming PC version in which they mention that they have no experience in coding games for the PC and that the PC version will just be a straight port of the console version and will not use the extra horsepower that a PC has in anyway which is very disappointing to hear. Also news that the frame rate will be capped to 30 frames per second, limited mouse and keyboard support and the game will not support modding tools is disappointing and not what PC gamer’s will be wanting to hear after suffering for many years now from poor console to PC ports due to aging console hardware and general laziness from many developers not taking the time or making the effort to optimize the game code for PC. The news that the game has also got ‘Game’s For Windows Live’ added to it has not gone down to well either, but that is probably a whole other  article right there.

The developer of the game From Software almost seems to be playing down the game so the hype doesn’t get to high for the PC version which seems pretty strange and also a bit worrying. Many people who have not keep up with details that they have released about the PC version may be expecting an all singing all dancing PC version of the game and it doesn’t seem like that is going to be the case. For a developer that has no experience of producing a PC game to take only six months to develop it is also a worry as I’m sure most people would rather wait another six months, twelve months or however long it takes to get a quality product rather than a rushed one that does not give them the experience they want. So there maybe some problems ahead for Dark Souls on PC , but only time will tell. Still all will be revealed on August 24th when the game goes on sale.