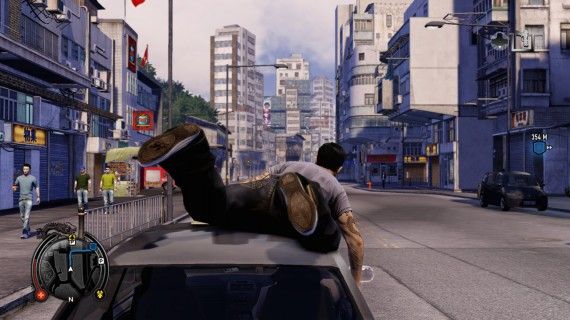 If you are just like me (and many other gamers out there), then you probably haven’t finished Sleeping Dogs and never will, but you’d still like to know how the game ends. And let me tell you one thing: it’s really complicated! A nice end to the story though and I am here to share with you exactly what I said in the title: the Sleeping Dogs ending, a video showing you the last 20 minutes of the game.

So here is how things end, according to Wikipedia (or just jump to the video and check out the great ending!): “After a long arduous chase, Wei corners Lee and kills the over-ambitious red pole. Raymond congratulates Wei on a case well done, but delivers the news that Pendrew has been promoted to Interpol, thus any complaints against him won’t be heard. Jiang, who has consolidated her power in the Sun On Yee and ascended to become Chairwoman, is shown monitoring Wei and despite his cover blown, spares his life due to the loyalty he showed to her. As a token of goodwill, she sends him a package with video surveillance detailing Uncle Po’s death by the hands of Pendrew. With this incriminating evidence, Wei throws Pendrew into jail, knowing he will not survive long in a place filled with Triad members he has put away throughout his former career.”

Here is the video with the Sleeping Dogs ending:

So… what do you think about the ending of the game? Did you enjoy it or not?