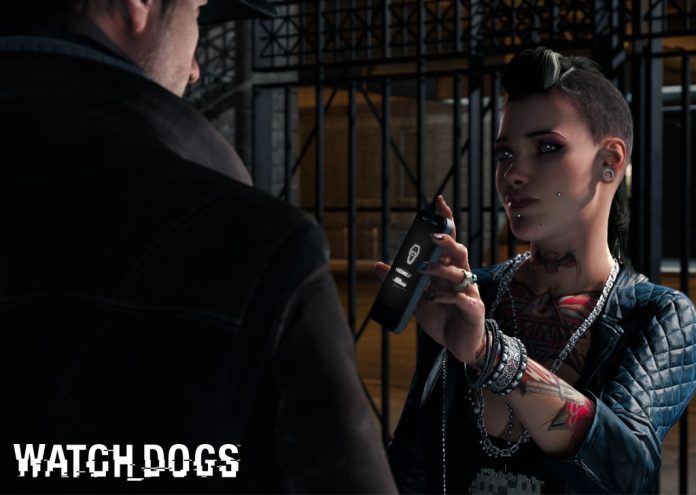 Ubisoft decided to keep the fans satisfies and maintain the tendency to post a new artwork piece about Watch Dogs regularly. In this week, the company released a wallpaper featuring the protagonist Aiden and a new female character, Clara. Judging by her wild/punk appearance, she will surely be helping Aiden regarding hacking matters. She totally makes me remember the protagonist of the movie The Girl with the Dragon Tattoo, whose mastery was also hacking technological devices. Check the full artwork below: 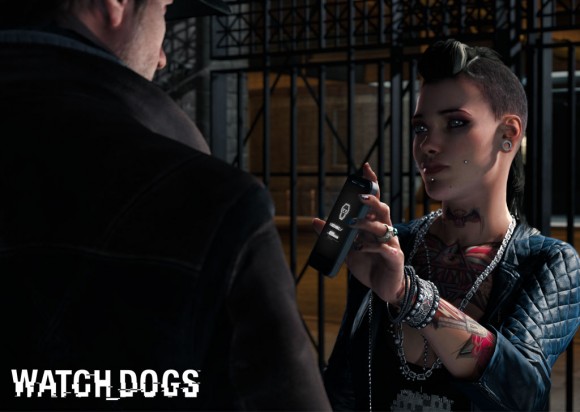 But that’s not all for this week, Ubisoft unveiled a video featuring how virtual characters’ movements are actually created. In this movie, it’s possible to watch some of the interactive procedures; real actors perform real actions, furthermore the results are converted into dynamic motion data and transferred into Watch Dogs’ characters. Ubisoft’s communications associate, Anne Lewis explained some of the work done on Ubisoft Montreal’s motion capture facility:

Watch Dogs Community Developer Nikolas Schmidt treats us to a peek behind the scenes at Ubisoft Montreal’s motion capture facility. Animation Director Colin Graham discusses the process of capturing everything from Aiden’s brutal takedowns to the simple act of getting realistic hands in pockets. If you’ve ever wanted to be a mo-cap actor, you’ll definitely want to give this a look. Even Nik gets involved. Poor Nik.

Watch the movie revealing some of the background scenes:

Fantastic! Have you ever thought how much work there is behind an action/adventure game? Besides the need to give voice to nearly every character, there’s also the necessity to attribute real motion action to virtual characters. Being a mo-cap actor may not be the most famous profession in the world but they’re surely essential when it comes to create games like Watch Dogs.