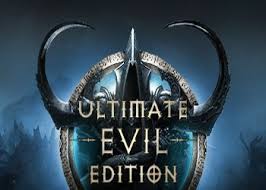 Diablo III Reaper of Souls Ultimate Evil Edition has topped the UK All Formats Chart, and becomes the first game in the franchise to claim first place.

Originally released back in 2012, the PC original entered the charts in second place, and following the games’ release on Xbox 360 and PS3 in September 2013, managed to propel itself back up the charts to third spot.

This latest release, which also includes the expansion pack Reaper of Souls, managed a sales spread of 47% on PS4, 32% on Xbox One, 13% on Xbox 360 and 8% on PS3. The PS4 version’s performance means it is the biggest console launch for Diablo III, edging past the first Xbox 360 release by 500 units, according to Chart Track.

The Last of Us: Remastered slips down to second place, ending its three-week stint at the top, whilst Plants vs Zombies: Garden Warfare shoots up twelve places to third, following the games release on PS3 and PS4.

Minecraft: Xbox 360 Edition drops down to fourth place this week, whilst Call of Duty: Ghosts drops to fifth.

Watch Dogs falls out of the Top 5 for the first time, placing sixth this week, whilst the PS3 Edition of Minecraft clocks in at seventh.

The LEGO Movie Videogame and Grand Theft Auto V both drops down the charts this week, placing in eighth and ninth, respectively.

The Top 10 is rounded off by a new entry, with Bandai Namco’s J-RPG Tales of Xillia 2 entering the charts in tenth. This week also sees FIFA 14 drop out of the Top 10 for the first time, dropping to twelfth this week.

Next week will see Madden 15 and Metro Redux enter the charts, which should see a shake-up in the Top 10, especially with the cheaper pricing of Metro.