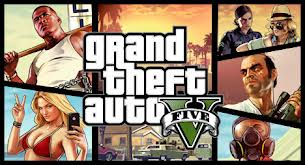 The Official UK All-Formats Chart sees GTA take back top spot from FIFA 14, both of which now have two weeks at the top of the chart.

Pokémon X managed to beat its sister game Pokémon Y in the charts, with the games coming third and fourth, respectively in what is the first main headline Pokémon game to be released on the 3DS. Apparently if these two titles had had their sales combined then it may have been a different take on the chart as according to Chart Track, the 6th generation Pokémon game saw double the opening week sales of their predecessors: Black 2 and White 2.

Sony’s exclusive effort in this week’s chart, Beyond: Two Souls managed to get fifth spot in the chart. The game comes from the same team behind the critically acclaimed Heavy Rain, which was able to get top of the chart back in 2010. There is no indication from the chart how well this effort performed in comparison to Heavy Rain.

The only other new releases to get into the charts were Dragon’s Crown, which debuted at 19 and the third game in the Moshi Monsters franchise, which comes in at 28.

The UK All Formats Chart Top 10 (Week Ending 12th October) is as follows:

You can look at the full top 40 here.

With more big hitting games failing to keep GTA off the top, how long do you think it will be before the game starts falling from the charts? What do you think will be the next game to knock it off the top spot, even if it is for just a week?