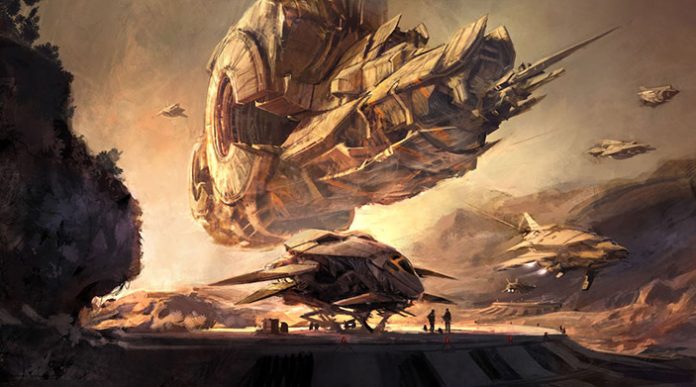 Blizzard shocked the world with the cancellation of Titan, their next-generation MMORPG and poised spiritual successor to World of Warcraft. Seven years into development, and acting on the behavior of the perfectionist, Blizzard decided that Titan simply wasn’t going to be good enough. Where things get interesting is where Blizzard announced that they have no plans for a new MMORPG in the future.

After playing countless MMOs in the past, some good and some bad, they all had one particular running theme: a quick demise and following irrelevance. Outliers exist like the Final Fantasy and Guild Wars titles, but for the most part each and every game released in the genre popularized by Everquest and Blizzard’s own World of Warcraft has died. The more cynical of us believed that who developed the game and the actual product at launch didn’t matter, the only company that could throw Blizzard off of their lonely throne were themselves, either through Titan or killing off their own game once enough time had passed. Seven years later after the unveiling of Project Titan during the pinnacle of World of Warcraft’s popularity, the game dies where it began with no information given out, it leads one to wonder if Blizzard made any progress on their game at all. Regardless, their unwillingness to create a new MMORPG makes sense with the market being so different than it was ten years ago.

The genre is falling into irrelevance, much like the games designed to challenge Blizzard’s stranglehold on the market. Newer titles for years have had arguably unfair expectations stacked upon them, having to compete with Blizzard’s years of polish and content which proved to be impossible. Very few people don’t remember the time where World of Warcraft first launched, surprising Blizzard themselves with how many flocked to their new game and causing the servers to crash constantly for easily a month after launch. The same people that flocked to this new game gave Blizzard time to perfect the mechanics of their new surprise hit and helped meld it into the legendary powerhouse it is today. The same luxury isn’t given to new games, immediately compared to World of Warcraft and discarded afterwards, typically only two or three months after launch before subscriber numbers begin dwindling rapidly.

Final Fantasy XIV had to be cancelled and re-released in order to maintain a playerbase of any kind after their original game flopped horribly, and is one of the three major MMORPGs in today’s market powered off of their popularity in Asia. Their 2 million player mark still pales in comparison to World of Warcraft ten years later.

The only outlier through these ten years is Arenanet’s Guild Wars 2, which has had 7 million global sales and maintains at least 3.5-4 million active players worldwide. Guild Wars 2 is an interesting case, as the lack of subscriptions makes any active player figures up for speculation. Though through the help of their subscription-less approach to their game it stands as the only title able to achieve relevance without any special exceptions like a re-release, seen with Final Fantasy XIV.

The options for games are about as varied as they were ten years ago, the big three with World of Warcraft, Final Fantasy XIV and Guild Wars 2 will likely continue operating, all three with the potential of capturing popularity, or in Blizzard’s case recapturing what was lost lost over the years. There’s less of a desire for larger publishers to compete with Blizzard like there was years ago, and it certainly looks like the genre will fall into relative obscurity over the next few years, especially with the rise of MOBAs as the next popular genre. Interestingly enough, Blizzard does have one of those in the wings too while their vaporware MMO gets canned. Makes one think, doesn’t it?