Still waiting for Microsoft to officially admit the development of a slim Xbox 360 console? Still hoping this brand new console will be a real miracle and it will have the possibility to get you rid of the RROD? Just to make things clear: are you still wondering if Xbox Slim is myth or reality? Well, wonder no more, since the proof it’s here: it exists, it’s alive but it’s a bit… different.

Actually, we’re talking about a homebrew project, and this Xbox Slim is just a modded original Xbox which can’t even play Xbox 360 titles! Actually it does not really seem to be much slimmer than the original, anyway, but it’s indeed a work of art and I’m sure fans can appreciate it’s true value.

The jewel you’re looking at was created by coca627, a Xbox Scene regular, who worked for no less than one year to create the Xbox Slim. So, one thing is clear: it’s possible to do it. Do you hear that, Microsoft?

If you want, you can jump straight to the images or check the details of the console: Coca 627 managed to insert a new DVD/CD-R slim combo drive, a 2.5″ 60GB hard drive for storage, and built-in Wi-Fi networking. Even more, somewhere deep inside the belly of the Xbox Slim is a hidden receiver for a Logitech wireless controller. A real joy to watch and a step closer to believing that Microsoft really has to do something similar with the 360s. 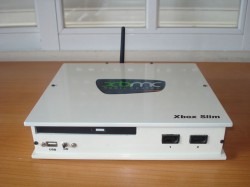 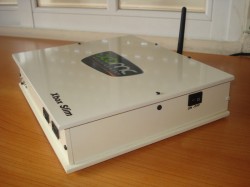 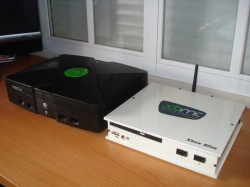 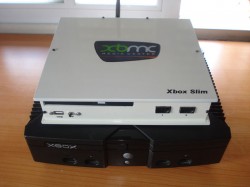