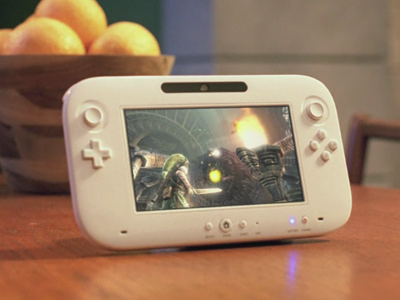 Nintendo has launched a new advertisement for it’s console, the Wii U, a year after it’s initial release. The ad reminds consumers that the Wii U is an entirely new and revolutionary console rather than a simple, and silly peripheral device.

“It’s time for a whole new Nintendo experience,” the narrator says. “Wii U is an entirely new technology and true successor to Wii U.”

The ad also focuses on the system’s unique Gamepad and the benefits it can provide to consumers, like the ability to view video content away from the TV.

“Wii U is all about unique experiences you can’t have anywhere else,” the ad says.

Ever since the system was announced back at E3 2012, the Wii U was marked as a confusing device with an equally confusing name. Even Nintendo marketing executive Scott Moffitt admitted to the fact.

The Wii U has managed to sell a little over 4 million units worldwide, which falls below it’s expected sales figure. Nintendo hopes to sell 9 million units by the end of their fiscal year, which ends in April, 2014.