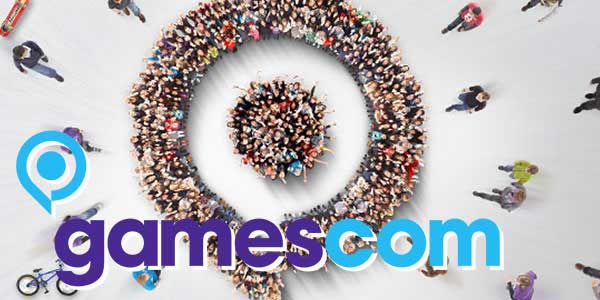 As Gamescom is reaching it’s end, we have witnessed a plethora of new announcements and updates on past titles. While Gamescom never really topped this years E3, it never does really, we were still treated with a healthy amount of interesting news. With Microsoft’s minor 30 minute update and Sony’s hour long conference, we now have a clearer picture as to what the vision is for both these companies. Here’s a brief list of the most interesting things we have learned.

1). Microsoft and EA are best friends.

Going into Gamescom Microsoft had already established a great working relationship with EA. The two companies showcased their new found friendship in late May, at the Xbox One’s reveal. EA had come out announcing their new Ignite engine for their sports line-up. And while that was never popular amongst gamers, it still was an early signs of things to come for these two giants. As the heavy backlash ensued over the reveal, and gifs and memes flooded the internet, Microsoft was ready to do some heavy PR treatment come E3. They had promised us in the weeks before that games will be announced, that the Xbox One is still a compelling video game console. It is not all about t.v.

That promise was fulfilled as new video game reveals enveloped their conference. Game after game after game, all exclusive to the Xbox One, made critics think twice about their opinion towards the company. EA, as it turned out, was in the forefront yet again. Their Respawn Entertainment title, Titanfall, became the headline at E3. As the live demo was shown people quickly realized that this just might be the next big thing. This has the potential to be the ultimate CoD killer. After the demo was finished it was then revealed that it will be a Xbox One console exclusive. As Titanfall won multiple E3 awards and ultimately became the most compelling game on the show floor, it was clear that this was a huge loss to Sony.

People began to question EA’s relationship with Sony. How did it become so stale? EA seemed like a company that would side with Sony’s vision a bit more. Their working relationship with each other this generation was great. Battlefield was marketed as a game better suited for the PS3. Mass Effect was brought to Sony’s console by EA as well. As the speculation persisted EA and Microsoft cemented their partnership this past Tuesday. Perhaps the biggest announcement for Microsoft, every Xbox One will now ship with a free copy of Fifa 14 in Europe. Fifa is a huge deal in Euorpe, selling as many if not more copies than Call of Duty. And it is no secret that Playstation was always preferred more in Europe than the Xbox. So an announcement like this will do wonders for Microsoft and EA. Whether or not EA’s relationship with Sony is done for remains to be seen, but it sure does look like that.

Sony came out swinging with their PS4 reveal back in February. Their focus on hardcore gaming and providing a platform that is easy to develop for made Sony look like fast learners. Their PS3 launch was probably one of the worst console launches in history, and their stubborn and arrogant attitude made them significantly go behind their competition. The PS4 is marketed as the complete opposite of what the PS3 started out as, and that is paying full dividends for the Japanese behemoth. Sony announced a great slew of triple A titles such as a new Infamous and Killzone. But the company claimed to fully support indie development.

They claimed to have created a platform that is easy for indies to develop for and release their work on. And that claim was made into a reality as plenty of indie titles were announced for the PS4. E3 contained a great number of them but Gamescom was completely taken over by the genre. Indie after indie after indie was announced, and all are either exclusive or will be making their console exclusive debut on the PS4. Sony seems to see a future in which indies and bite sized experiences will take over as the dominant market. Their experience with success stories such as Journey, Super Star Dust, and The Unfinished Swan all seemed to sway Sony into becoming a console version of Steam. Let’s hope this type of mentality continues.

3). Where does Nintendo fit in?

As it wasn’t yet made more apparent, Nintendo and it’s Wii U seem to pull away from the competition. Nintendo doesn’t seem to want to compete with Sony or Microsoft, and they aim to occupy a different type of market. The Wii U is no where near as powerful as the Xbox or PS4, and it’s only unique appeal is the game pad. A feature that seems to be in full competition with mobile gaming. The Wii U is struggling, it is software barren and is only $50 cheaper than the PS4. Everything seems to be going against Nintendo and it’s console, as it doesn’t seem like a good investment at all.

Nintendo just needs compelling software for their system, but the future isn’t looking bright on that front. 3rd party has already all but abandoned the Wii U, and Nintendo doesn’t seem to have enough first-party titles to quench fans’ thirst for hardcore gaming. It has only gotten worse at Gamescom, as both the Xbox One and PS4 seem to be the more logical investments for people. More and more titles were revealed for both systems, and the launch line-up already seems more tastier than what the Wii U has to offer a year later. Sony and Microsoft are pulling up front, while Nintendo just seems to lack behind.

The new consoles are arriving and it’s an exciting time for the industry and it’s fans. There’s a new change incoming, and we’ll have to wait and see how that pans out for all three of these video game giants. These are the most interesting we have learned after a week in Germany.