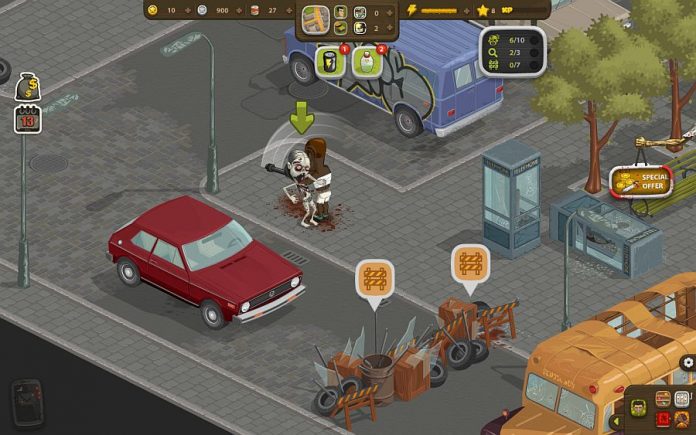 The zombie apocalypse is once again upon is, this time in the Facebook game The Last One, a pretty interesting take on the genre that tries to mix and match a lot of concepts and gameplay mechanics in order to offer us a complete experience. Whether it manages to do it or not, check out the Last One review and you’ll find out!

It all starts pretty nice, with the must have hot girl (that seems to have been zombified too) giving you instructions after you rescue her from some brain eating freaks. You have to move from region to region, smash zombies, smash barricades and other things, search for clues and gather supplies for your survival. Which in concept sounds really nice, but in reality is a lot sillier than one might think and probably the only survival experience the creators of this game had was when they ran out of chips in front of the TV.

Because, even though it’s just a casual game, The Last One is a zombie game that has us fight for survival in a zombie infested world. And as fun as it might be to smash well designed zombies and the huge bosses around, many things make very little sense in the game. For example, you get rewarded for destroying barricades (which probably were build to PROTECT people from the zombies) and even funnier, the first building that you have to restore to increase your survival chances is… a laundromat that gives you more coins. Because, yes, after an apocalypse, money is the first thing that you need. 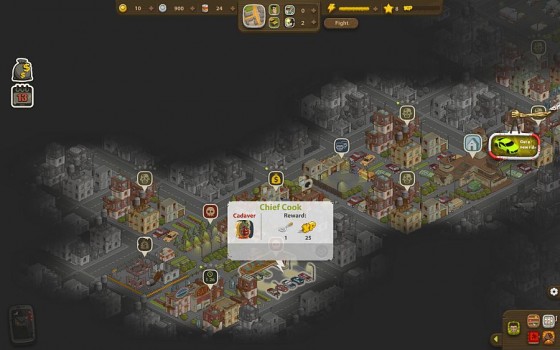 Of course, unless you are a major survival freak you will find all these stupid things that make no sense really amusing and instead you will focus on the game. Which, with all the conceptual flaws described above, is actually pretty solid: there are a ton of areas to explore in the city and to “complete” by killing the required number of zombies and destroying all the barricades, the fighting with zombies is pretty fun even though it usually reduces to clicking zombies on the map and the introduction of bosses (that you can fight every time you need their special items) is really nice too.

The only problem – or maybe the only thing that The Last One keeps true to the survival thing – is that you will find it extremely difficult, if not possible, to go through the game alone. The whole game seems to be made in such a way that you’ll find yourself obliged to add friends or, if you can’t find some, spend real money to progress. Most bosses can’t be taken out on your own, your energy bar drains pretty fast, so you need friends to help. So be warned about this if you don’t have people who love playing social games in your list, you’ll be in trouble! 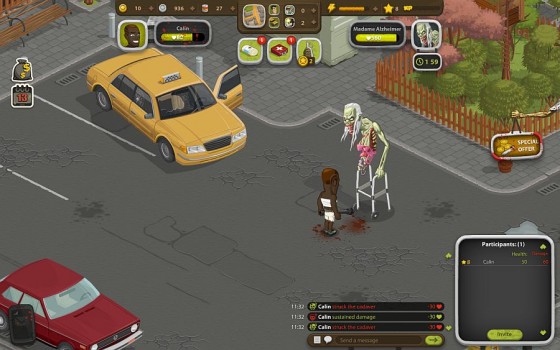 The Last One, as I said in the intro, tries to mix and match a lot of concepts. Behind this whole survival thing with missions and rebuilding of structures and resource gathering and, of course, zombie killing, there are many other things thrown in: you can customize your character and buy extra things to make him or her better, you can take part in PvP battles in certain areas, you can explore and try to get on top of the game’s leaderboards.

All in all, The Last One is not an outstanding game, but clearly not a below-par one either. The only thing that you have to consider before playing it is if you have enough friends to play it together with (at least three, I would assume). If you do, then you’re clearly in for a nice experience and an easier progress through the zombie infested streets of the game. If you don’t, then you’ll find it a bit more difficult to progress… but there’s no hurry anyway. So even though this game is not perfect, I see no reason why you shouldn’t at least give it a try, especially if you’re a sucker for zombies and hot chicks.