2010 promises to deliver some really high quality computer games to our hard drives, including a bunch o indie games that will certainly rock after coming out of nowhere (see the success of recent games like Plants vs. Zombies, Braid, Torchilight etc). The gaming industry has a pretty impressive lineup of PC games coming in 2010 and choosing the hottest ten seems like a really difficult job to do, but it’s something that has to be done. So waste no more time and check out Unigamesity’s list of the 10 hottest PC games to be released in 2010!

10. Assassin’s Creed II
Already released on consoles, the sequel to Assassin’s Creed is already considered one of the better releases of the year. And since personal computers will be able to deliver more fuel to Ubisoft’s game, it is highly probable that Enzio’s adventures will be the best looking on a computer platform. And only then you add the non-linear story and host of new features to have a really hot PC game for 2010.

Coming March this year, Assassin’s Creed II can be pre-ordered from Amazon.com or PlayAsia

9. Brink
After Fallout 3, Bethesda publishes another post- apocalyptic game: this time a full First Person Shooter with a few RPG elements (experience points and probably level-ups). Add to that the SMART (Smooth Movement Across Random Terrain) Freerunning System (think Mirror’s Edge), 8 player co-op play and huge customization options and you have enough reasons to put Brink on your most wanted list. And, after all, it’s Bethesda we’re talking about!

Coming sometime this Fall, Brink will be available on Amazon.com

8. Metro 2033
This might be one of the pleasant surprises of the year, even though it’s incredibly un-promoted, so to say. Created by a team that worked on S.T.A.L.K.E.R.: Shadow of Chernoby, this First Person Shooter (with horror/survival and RPG elements) is set in a post-apocalyptic, frozen future when human kind is, obviously under threat. Expect lots of fighting, tight corridors and dark corners filled with monsters. Yummy!

Coming this Macrh, Metro 2033 can be purchased from Amazon

7. Splinter Cell: Conviction
This game not only that brings back co-op play to the series, but also becomes more rewarding for the modern shooter fan: stealth becomes a lethal weapon rather than a way to avoid conflict! New features include the “Mark and Execute” feature that allows you to star in your own action movie, as well as character interrogation, crowd-blending options and much more.

The game is expected to hit the market this February, so keep an eye on Amazon

and PlayAsia to get it!

6. Medal of Honor
A reboot of the series, Medal of Honor might become a true alternative for Call of Duty fans, especially for those who were disappointed by the second Modern Warfare title released in 2009. The new Medal of Honor will be set in a modern-day Afganistan and tons of great features are expected to be packed in by Electronic Arts. This really is a game to follow in the next few months and see if it indeed rises to the expected greatness!

You can already pre-order the game from Amazon.com

5. Mass Effect 2
Mass Effect 2 will be the first big release of 2010 – coming by the end of January, so we’re going to start playing some really high quality new games quite soon. BioWare’s sequel to the successful Mass Effect RPG promises even more action, improved controls, new alien races and much more, so it’s certainly a hot game of 2010: both for the RPG as well as the FPS lovers.

4. BioShock 2
“They call me big poppa,” raps Notorious BIG in one of his songs, and we can certainly have that tune in mind when we play BioShock 2 as a Big Daddy. 2K’s sequel to the amazing survival horror FPS is set ten years after the events in the original game, BioShock 2 will deliver upgradeable weapons, the ability to dual-wield plasmids and weapons, the option to visit the surroundings of Rapture city, as well as the new main threat: the Big Sisters. So start preparing for intense fighting situations and high tension since the game is coming soon, at the beginning of February!

Find out more and place an order for BioShock 2 over at Amazon.com 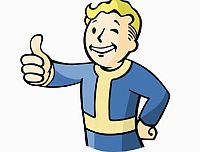 3. Fallout: New Vegas
Fallout 3 was Unigamesity’s best game of 2008 and I must admit that I have replayed it four times already. Therefore, I have immense hopes for Fallout: New Vegas – another game set in the Fallout universe (and not a “Fallout 4” or a sequel of any sorts). Either way, even though at the moment all we have to be happy is a name and no solid details, the RPG from Obisdian certainly promises to be one of the biggest PC game releases this year.

At the moment of writing, Fallout: New Vegas can not e pre-ordered.

2. Max Payne 3
Nobody was really expecting a new Max Payne 3, even though many were hoping that one day the wonder will happen: and this year, probably just in time for the Winter holidays, we’ll have a new Max Payne game in our hands: the third in the series will give us an older and meaner Max (the game is set 12 years after the events in MP2), but one that still can handle the gun(s) and still gets double crossed. And, yes, still manages to find a way out, with our help!

Keep your eyes on Amazon.com

or PlayAsia for the best offer for Max Payne 3!

1. StarCraft II
Many were hoping to get the game last year, but it didn’t happen. This year, however, will be the one when StarCraft II will see daylight under the full name of StarCraft II: Wings of Liberty. Sequel to one of the most popular real time strategy games in the world (if not THE most popular), Blizzard’s game promises to deliver even more Terran, Zerg and Protoss greatness and most likely endless nights of playing. When the game will be released, we’ll only be allowed to play the Terran campaign as human mercenaries, but soon after we’ll receive the Zerg campaign with RPG elements and finally the Protoss campaign will bring in diplomacy options. But what am I talking about – you already know all of these, right?

Place your order for StarCraft II on Starcraft II: Wings of Liberty

right now to make sure that you’ll get to play the game as soon as it hits the store shelves!

And these are the ten hottest PC games to be released in 2010. Huge names, as you can see for yourself, but unfortunately just two of these titles are original IPs, the rest being either sequels, spin-offs or reboots – showing us all that indeed we’re more tempted to go for an established product rather than getting too excited for a new one.

So… which of these hot PC games are on your most wanted list and which ones did I miss?