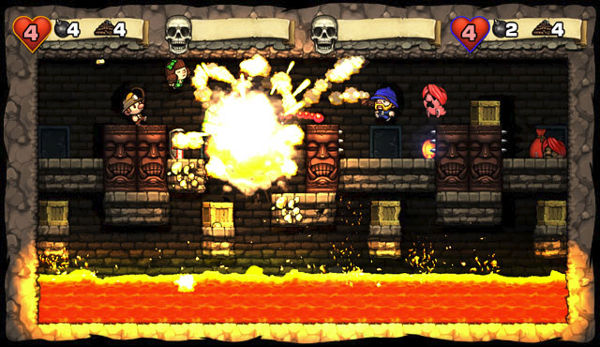 The developers of Spelunky today announced that the reboot of the title will be coming “back home” to PC. PS3 and PS Vita versions of the title have also been confirmed.

Spelunky is a roguelike platformer featuring a retro art style, which originally launched on PC in 2008 This version of the game is available for free on the official site, but since its release the developers have been working on a HD remake, which uses crisper, more stylised graphics.

This launched last year on the Xbox Live Arcade, and attracted critical acclaim, with Spelunky nominated for three awards and the Indie Game Festival and taking home the trophy for Excellence in Design.

The developers have stressed that this version of the game is not just a graphical overhaul, featuring traps and monsters that are scattered over myriad different levels. To defeat these opponents and discover the secrets of each zone, players also recieve a wider range of items.

The PC, PS3 and PS Vita versions of Spelunky are currently slated for release in summer. Steam, Good Old Games and the Humble Store will distribute copies of the game.