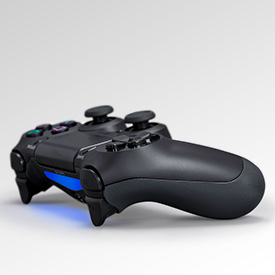 Sony’s PS3 has managed to sell over 80 million units worldwide despite having a rough start. But the company has revealed that they have a lot more loftier expectations for their latest system, PS4, and they expect it to surpass 80 million units in its lifetime.

“It has an opportunity to significantly exceed what we’ve been able to achieve with PS3 and there’s a couple of reasons for that,” Sony Computer Entertainment president and CEO Andrew House told MCV.

The first obvious reason is the much smaller price point, House said. “We start off with a price point that is much more consumer friendly than was there for the PS3,” he said.

The PS4 has a $399.99 price tag, $200 less than what the PS3 initially sold for. Better yet the PS3 has also received price cuts over the past several years; it’s now being sold for only $199.99. So we should expect the PS4 to get a couple of price cuts as well in the future.

Another reason why the PS4 will outsell the PS3 is Sony’s focus to expand it’s gaming market to other new regions of the world.

“Also, one of the success stories for the business as a whole has been our ability to open up new geographies for video games over the last five years,” he said. “You are seeing opportunities for new markets that we haven’t tapped into.”

Finally House concluded by stating that the PS4 will have a lot more features and applications that aren’t related to gaming than the PS3, something that will entice people to purchase the system.

“The other point is that we took several years to take PS3 from being a dual-function device to a multi-functional entertainment device. PS4 arrives with a full suite of those non-game entertainment services right from day one,” he said.

“And that’s important because there will be someone who wants this as a games device, but the fact it is a great place to view BBC iPlayer, for example, gives other family members reason to use it,” he added. “That is crucial in broadening what the console’s reach could be.”

The PS4 has sold 2.1 million units worldwide and remains sold out in most online and retail stores.