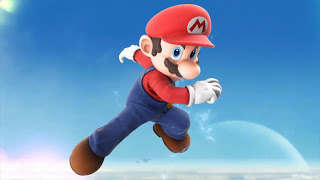 The release window for Nintendo’s Super Smash Bros. was accidentally teased by Nintendo Germany general manager Bernd Fakesch. The man was quoted by Neckar-Chronik, saying both Mario Kart 8 and Smash Bros. will release in Spring 2014.

The release window for Mario Kart 8 was already known, but this is a new update for Nintendo’s highly anticipated fighter. The company responded to several news outlets stating, “Nintendo has nothing to announce at this time.”

This release date for Super Smash Bros. only pertains to the Wii U version only; as the 3D iteration has always been scarce with any new updates.

Nintendo revealed earlier last month that their financial goal at the end of their fiscal year, which ends at the end of April 2014, would be to sell 9 million Wii U units. The system is nowhere near that goal currently, as it only has sold 4 million units worldwide. Both the Mario Kart and Super Smash Bros. series have proved historically to be some of Nintendo’s most commercially successful franchises.