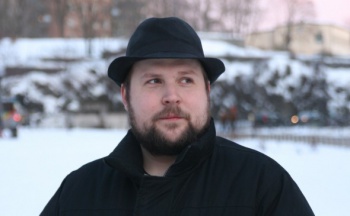 Markus “Notch” Persson, creator of the infinitely popular Minecraft, turned down a position at Valve in order to turn his dreams into a reality. The revelation comes from the new book Minecraft: The Unlikely Tale of Markus ‘Notch’ Persson and the Game that Changed Everything, which is published on AllThingsD.

The book reveals that Persson had an interview trip at Valve back in summer 2010, where he met a handful of members at the studio including Gabe Newell and Robin Walker. Personn also had to undergo a programming exercise during the interview.

In the end Valve stated that even though Persson lacked group work experience, he was still an exceptionally talented programmer. The company decided to bring him on and further develop his interpersonal skills. In the end however, Persson turned down the offer in the hopes of creating his own company.

“Somehow, I felt that Minecraft was maybe my chance to create a Valve, rather than work at Valve,” Persson said.

Persson quickly contacted Candy Crush developer Jakob Porser, telling him “You can quit your job.” Porser did, and became the co-founder of Mojang with Persson. And like they say, the rest is history.