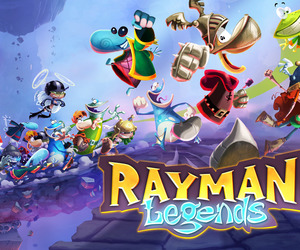 In an earnings call earlier today, Ubisoft CEO Yves Guillemot announced that Rayman Legends will be available on both the Xbox One and PS4 in February 2014. The game is currently available for the Wii U, PS3, Vita, Xbox 360, and PC.

Guillemot also outlined the game’s commercial performance, with only 1 million units sold worldwide across all platforms. The company did not specify whether the game met expectations, but it was received extremely. The game currently sits with a 91 Metacritic score, which makes it one of the best reviewed games of the year.

Ubisoft expects demand for games to increase once both next-gen consoles release.

“The PS4 and Xbox One will be released in a few days’ time and will be a new driving force for the industry,” Guillemot said in a statement. “We are confident in our capacity to rise to the short-term challenges posed by the transition phase, thanks to the very high quality of our games, which, combined with the upcoming arrival of the next-generation consoles and the traditional ramp-up of sales during the Christmas season will trigger positive momentum towards the end of the year.”