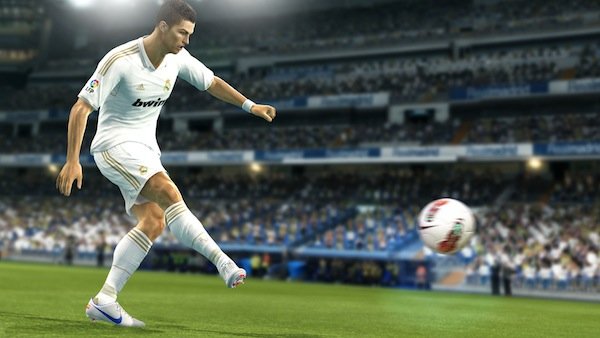 In addition to the buzz of this year’s World Cup, soccer (aka football) fans are also looking forward to see what next-gen soccer games have in store this fall, and Konami’s prolific soccer franchise Pro Evolution Soccer will make its debut on PlayStation 4 and Xbox One with an all-new graphics engine.

The FOX Engine, most notably used in Kojima Productions’s extended demo, Metal Gear Solid V: Ground Zeroes and the forthcoming fully featured epic Metal Gear Solid V: The Phantom Pain, is being implemented into the 2015 installment of PES in order to provide more realistic looking player models, fluid ball and player movements and enhanced crowds. According to Konami, new animations for over 1,000 players have been added to the game thanks to the new engine. Judging on how great MGS V looks running on the FOX Engine, PES 2015 will be a beautiful game, but how well it plays on the new graphics engine will be a big question.

The development team, based in Tokyo and the UK, looks to improve the overall experience from last year with a reworked shooting system, giving players more control over where they want their shots to go, which was a problem in PES 2014. New ball passing physics, goalkeeping controls and 1 on 1 battles for possession have also been added, not to mention an integration of real-world stats that will boost player ratings in the game. PES 2015 has plenty of minute details, even allowing players to choose how the grass is cut before games, which affects the speed of the game.

Soccer fans can expect to see Pro Evolution Soccer 2015 to hit stores this Fall to compete with EA Sports’s FIFA 15 on PS4 and Xbox One, with other platforms to follow shortly after.