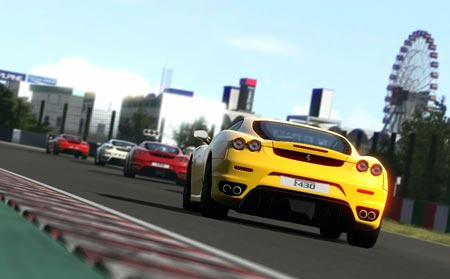 Gran Turismo is Sony’s highest selling franchise, with the latest entry selling over 9 million copies to date. The sixth installment in the racing series will be out this year on December 6, but only for the PS3. This was an interesting move by Sony to release their biggest racing game on their legacy platform. Of course, the PS4 will have Driveclub instead. The Evolution Studios’ based racing game will launch alongside the PS4 this fall.

But interestingly Kazunori Yamauchi, Polyphony Digital producer, issued a recent statement claiming that Gran Turismo 7 is well in the works. Following an interview with Famitsu, Yamauchi had this to say: “The PlayStation 4 game we’ll likely call GT7 will be done in about a year or two. The PlayStation 4’s large memory size is a unique trait, but in terms of CPU performance, the PS3’s Cell chip, while difficult to handle, is really capable.”

Yamauchi also claimed that the online community aspect of Gran Turismo is the most exciting aspect of the franchise and that this won’t effect the transition between consoles.

Upon Gran Turismo 6’s announcement, questions and speculations were geared towards a PS4 version. Polyphony have since stated that their are no plans to bring GT6 to the PS4, but a GT game could very well be in the works for Sony’s new console. It seems as though Polyphony have stayed true to their word.

Yamauchi also added that GT6 is about 80 percent finished. The game will be out for the PS3 on December 6, 2013. Figure’s crossed that it won’t get canceled.