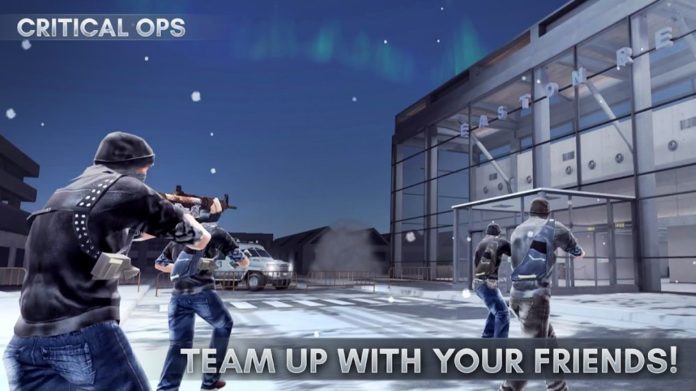 Critical Ops mobile video game is a fast-paced FPS game that was developed and published by Critical Force Ltd and was first released for Android in the US on 16th November 2015. The players engage in combats as either terrorists or anti-terrorists.

It’s a PvP competitive game that tests the technical and tactical skills of a player. Though it’s been quite long since it was first released, this game has survived and is attracting more and more players as time goes. Today, the game is available for Windows, iOS, and Android mobile device users. Players can have a meet wherever or whenever they want from the platform.

The game begins by taking each and every player through a tutorial. Each player is expected to first learn skills for using weapons, planting and defusing the bombs, all from this tutorial.

Upon completion, a player graduates and gets to join other gamers in order to start off in the process of fighting to obtain points of victory. In Critical Ops, you’ll be faced with a number of game modes to choose from. These will include Bomb Mission and Team Deathmatch. 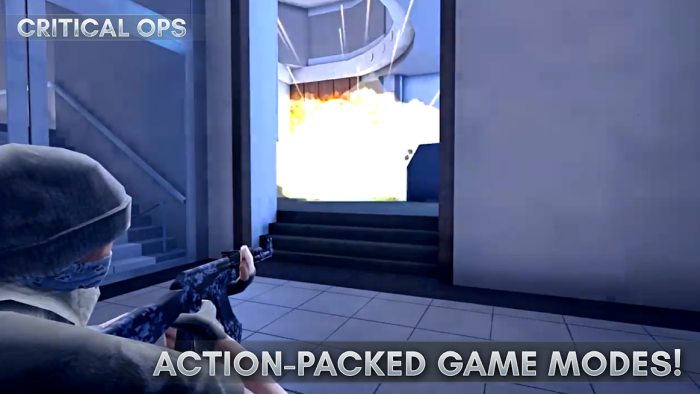 The Bomb Mission Mode
The bomb mission is quite an interesting mode of the game. Since you play against other players, it’s more effective in this way. The main tasks of a player in this mode are to either to plant bombs or defuse them. To plant bombs, you take the role of a terrorist who fights against the police to cause as much destruction as you can.

Alternatively, in the same mode, you can take the role of an anti-terrorist. This role requires you to take on the bad guys who plant bombs and try to defuse their bombs so that you minimize the destruction of the terrorists as much as possible. To play and enjoy this mode better, you should preferably extend invitations to your friends.

You can form two teams and have one be the terrorists and the other the anti-terrorists. If you choose to play on one team with friends, your team will be more compact and hence more effective as communication is not a hindrance.

Another method of becoming more effective is by making the level of damage caused by your weapons to be as high as possible. This is done by upgrading your weapons by making use of credits. Therefore, you should find a way of increasing your credits.

The secret is to shoot the most vital body parts of the enemy. For instance, headshots are a good way of ensuring that your enemy is neutralized by a single shot. The result of this mode is pegged on the number kills got by the team. The team with the highest number of kills carries the day. 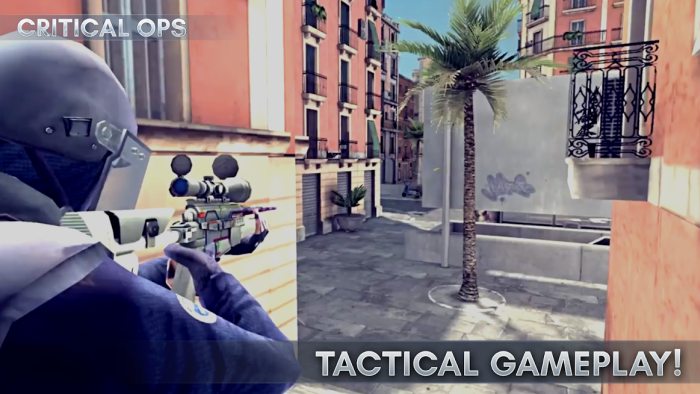 What’s different in the year 2018?
In terms of gameplay, Critical Ops has not been changed much. The major changes are on the game features. More features have been added such as weapons, missions, and maps. The equipment used is now more sophisticated and more interesting.

Play Mobile Games with Bluestacks
Bluestacks is one of the most popular Android emulators available for downloading and installing many apps from AppStore and Play Store. To play Critical OPS for PC video game by Critical Force Ltd on PC, Bluestacks is a great option.

he emulator will allow you to run whatever Android app you may want to run on your Mac or Windows computer. The emulator is free for download from the developer’s website and you can download it at any time. Once you have downloaded it, you can go ahead and install it.

Once the process of installation is complete, the emulator will appear as a widget. When the widget of Bluestacks App Player is clicked, at least 10 apps that have been pre-installed are shown. The user interface of Bluestacks is easy to use and great. To get and install more apps on the emulator, you simply click on the button named “Get More Apps”.

First things first, your PC must meet the following minimum hardware and software requirements before you are able to consider playing Critical OPS:

• A minimum of 1GB of primary memory (RAM)

• The processor should be Pentium 4, Core 2 Due, or Dual Core

A number of times, Bluestacks may ask you to pay some fee to continue using it and another option for downloading some apps. This should not worry you. Every time it asks you this, you can proceed by selecting the “Install Apps” option and you’ll still be able to continue using the emulator for free.

Installing the Critical OPS game by the use of Bluestacks

This is the first stage of playing the video action game using your emulator. The installation is quick and direct as explained at the beginning.

Once you’ve done that, you can launch it on your PC. After the launch is completed, look for the “My Apps” button and click on it. On the search bar, type Critical OPS.

The emulator will return a search result with the game in a list of apps to pick from. You can then click on the name of the game returned and start the installation process. You’ll then be directed to the Google Play Store account log in page. When you’ve fed the credentials, the game will download onto your Bluestacks.

Remember, this requires that you stay connected to the internet. As a matter of fact, this game is an online game that requires an internet connection when you’re playing it. If your internet is slow, the installation process will be slower than if it’s a faster connection.

So, be sure to ensure your connection to the internet is fast enough. If your system doesn’t have or has an outdated version of the Microsoft .NET Framework, your Bluestacks software may have issues loading. In such a case, simply download and install the .NET Framework onto your computer. This will hopefully solve the loading problem.

There is also a second option of installing the game on Bluestacks. This is by going to Google Play Store and downloading it into your computer after which you can install it into the emulator manually. If you follow these steps, you won’t have any problems enjoying your C-OPS game on Bluestacks.

However, some may have problems that are specific to Bluestacks. If you are such a person, you can try other Android emulators such as the Nox App Player or the MEmu emulators.