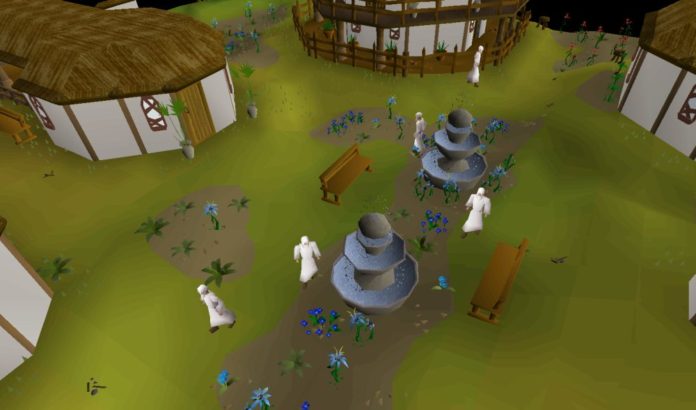 Once it’s released, OSRS for mobile will appear in iOS’s App Store or the Google Play Store. However, since this app is still in development, there are a few more steps involved.

There was an announcement that players can sign up if they’re interested in a mobile version of the game. This was a closed beta available only to those players who received an invite to test.

Android Users
For Android users, the beta testing has been over since March, but Jagex gave a link whereby Android users could download the app. That link was given to invitees through private messages that should have had matching security codes.
Since the beta has ended, this is no longer available.

Apple Users
The invites have been sent, and the beta only runs until the 19th. You must have the Testflight app to access the beta. There is a survey that must be answered near the end of the beta, to aid in the development of the game.

Missed the Invitation?
If you’ve missed either of the invitations to test the app, all you can do is wait for either an open beta testing phase or the official release. At the rate development is going, the official release will be very soon. Besides, waiting just a little bit longer isn’t much of a problem, is it?

The app was announced last year, and you’ve waited more than half a year for this. What’re another few weeks or so? It’ll give you a bit more time to prepare, clean up your device’s storage space, and maybe even get some friends to join you. Then, when the app gets released, you can jump right into Gilenor, right on your mobile device.

App Info
Once it’s released, the app won’t need any high-end devices or specifications. It’s being developed to be as accessible as possible, so upgrading your current device won’t be necessary. Even its PC version doesn’t need a top of the line processor to play.

The app is estimated to be less than 100MB in size, though future updates might make this bigger. Also, one good thing about the app being bigger is that it batch downloads the data it needs, which means less loading time and fewer data used. As for data, don’t worry, the testing has revealed it to use up to 2MB per hour of play. The app uses about 8-12% of battery charge per hour of play, which is enough to not drain your phone’s battery for a few hours.

Be warned that these numbers may vary in practice depending on what device you’re using. There will be some devices that might use up more battery or more space, so these numbers are just more of a guideline.

Lastly, this app is meant to access the same servers as those on the PC version, meaning that cross-platform play is possible. You can just dive right in using the account you use in the original version. No starting over required, and you get to keep your friend list, inventory, and OSRS gold.

Waiting might be tedious, but it’ll all be worth it. Enjoy Old School Runescape!