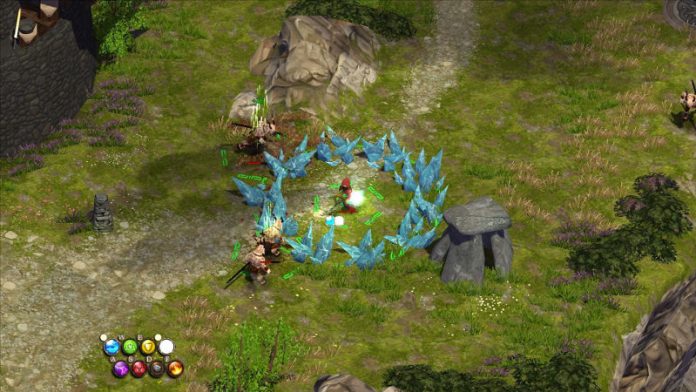 Details are still quite sparse, although Paradox has confirmed that the announcement will be PC related, ruling out the possibility of a port. In addition, the developer has stated that several ex Dice employees will be working on the project, although as of yet it’s unknown what they’ll be bringing to the project. Finally, Paradox have also emphasised that the announcement will not have anything to do with DLC.

With both ports and DLC ruled out, it remains that Paradox’s next project will be an entirely new Magicka game. Personally, I’d be happy if the developer’s new project was a straight sequel, hopefully with a more robust engine. While the first game was bucket loads of fun to play with friends, it suffered extensively from bugs that brought down the experience. In addition, poor optimization made the game nigh unplayable on certain graphics cards. With any luck, a second iteration will be able to build on the humour and frantic spell casting that made the first title so fun while at the same time making the game more stable. Whatever the case, the 1.3 million sale count of the first game means that Paradox should be well financed when it comes to delivering another game in the series.

The Game Developers Conference will be running from March 25-29 in San Fransisco, and hopefully after that I’ll have more information on the upcoming project.

For those interested in reading PC Gamer’s announcement, it can be found here