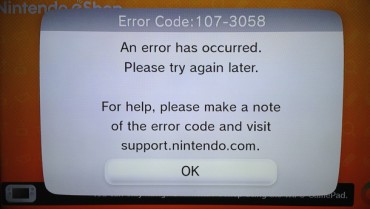 Maybe as expected by some, both Sony’s and Nintendo’s Online infrastructure has gone through a massive haul following both Christmas eve, and the morning after. Throughout the day the PSN had been temporarily disabled, eliminating the possibilities of accessing the online store and downloading other services and apps.

Sony have updated the PSN’s status page claiming the service is now back to normal, but several users (including me) are still experiencing issues. The online store is still inaccessible, but there’s no problem with utilizing online services for games. I was able to play a few online matches in Fifa 14 with very minor problems.

With Nintendo however, both the Wii U and 3DS are still suffering from inactive online servers. But, on the other hand, both the Wii’s and DS’ online problems have been solved, for the most part. Some areas still remain under maintenance.

Valve’s Steam service is also undergoing issues. The problem might stem from the fact that the developer has promised users a free download of Left 4 Dead 2 today, melting the serves from large user activity in the process. The only online system that seems to be intact is Micorosoft’s Xbox Live. There have been no issues reported with their service as of writing.