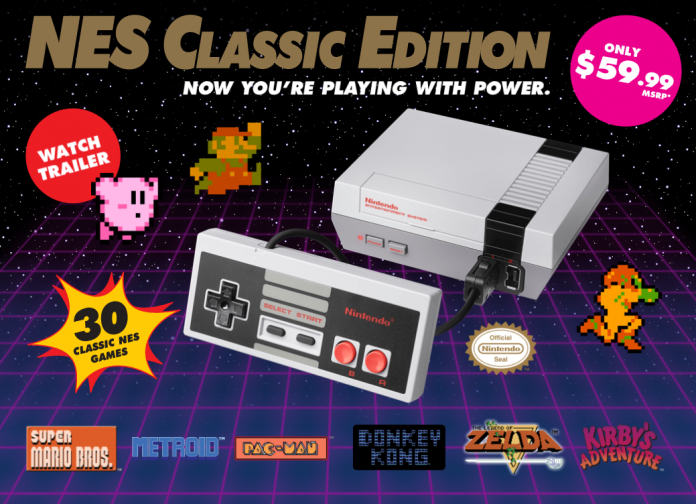 Just last week Nintendo announced that the much sought after NES Classic Edition would be officially discontinued. Production has ceased and if you haven’t found one by now, it’s probably going to be an uphill battle! Many were confused and outraged that Nintendo would do such a silly thing, considering that there are STILL a lot of people looking for one of these. When Nintendo dropped the news last week, many were speculating that they were moving efforts towards producing more Switch consoles, which makes sense. People were also reminding others that Nintendo never meant for the NES CE to be more than a seasonal toy, so of course production would cease pretty quickly.

But people are still dying to get one of these, so why not keep making them? Well turns out there’s another reason. According to a Eurogamer.net article published today, one of their sources told them that production has already started on the “SNES Classic Edition”. You heard that right – the 90’s knockout console is coming back in miniature form. Of course, assuming this is all true. Eurogamer has been known to be credible in the past when it came to leaks and rumors though, so there’s a good chance this is real folks. It makes sense too, since everyone wanted the NES CE.

Can you imagine the library on the SNES CE? Oh man, where do I even start! You’ve got Super Mario World, Yoshi’s Island, Super Metroid, Earthbound, Super Mario RPG, Super Mario Kart, Donkey Kong Country, The Legend of Zelda: A Link to the Past, Kirby Super Star… you get the picture. We’d be here all day if I listed the SNES’ hall of fame. Let’s just assume that the SNES had a stellar line-up and the SNES Mini would probably be packing at least a good chunk of those awesome games.

This could be Nintendo’s chance to win back the disgruntled crowd who were never able to get their hands on a NES CE (I’m one of them!). Maybe they’ll turn it into a on-going product? I’m sure it’d sell well. If the NES CE was enough to get the 90’s kids back – who are all grown up by now and are more than willing to throw money at Nintendo – then this thing is going to sell incredibly well. We’ll know for sure if this thing is real or not as we get closer to its supposed Holiday 2017 launch schedule. Stay tuned!