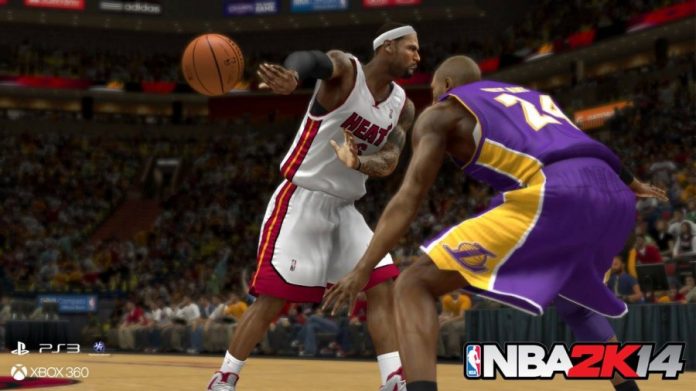 Now that we have the NBA 2K14 My Player guide and we have the basics of becoming the NBA superstars that we have to be, let’s go a bit more in depth and focus about the only thing that will bring us tons of skill points to spend on our player: how to get the best teammate grade in NBA 2K14.

Ideally, you’ll aim for an A+ grade for every game that you play, but you won’t always be able to get it. However, getting the best possible will reward you with a ton of SP: not only from the rating itself, but because this rating means a flawless performance and probably a win with many highlight plays. So let’s see how to get A+ grades in NBA 2K14!

1. Be a team player
Before getting into specifics, it’s worth noting that NBA 2K14 is certainly the most advanced in the series and the best simulation ever. So you will want to be a team player and play real basketball instead of the “I’ll do it myself” mentality that worked with previous games. If you try to play it like real basketball and do your job based on your position and always stick to your man in defense, you are already on your path to getting the best grades in the game. And now… the specifics on easy to do stuff for a great rating.

2. Learn to box out
One of the easiest ways to improve your rating in the game is to learn to box out properly: if you do so, you will get a ton of defensive rebounds or force your opponent to commit a foul and get a bonus for that. It’s really easy, so learn how to do it (also, combine it with an increase in your rebound rating).

3. Set screens
Although this no longer gives you the huge bonuses that it used to, every little bit helps and setting a screen for your teammates is the easiest thing to do in offense when not having the ball. I always set a screen or two before running into position and getting the ball. This is really free teammate grade juice for you!

5. Good Shot selector
The better your rating in a specific shot category (like Mid Range, shot in traffic and so on), the bigger the chances for your player to get the “Good Shot Selection” bonus even if you miss. Again, once you have the skill points to spend here, this is actually free teammate grade juice for you!

6. Pick and roll
The basic basketball move can bag you a ton of points. Perform pick and rolls and bag in the ton of assists and great teammate grades!

7. Learn the Icon Passes
It took me a while to get used to this (I didn’t really pay much attention to it in 2K13 and I regret it) but after you learn the Icon passes, you will no longer see your player send the ball to the other side of the court over the entire opposing team. If you want real control over your passing and better grades for making them, always use the Icon passes.

8. Perform combos
By combos I mean special moves (simple ones, like crossovers) performed before scoring or going for a layup. This will slightly increase your overall teammate rating, so go for it!

9. Defend your man only
You get a huge penalty, just like in the previous versions, if you leave your assignment, so you have no other option than to stick to your man. A good strategy here to get the Good defense bonus even if your man doesn’t have the ball is to wait until the shot clock is at about 4 seconds, and then quickly run towards the player with the ball and jump for the block. The player will certainly shoot because there’s no time for a pass and you have better chances of getting the bonus without risking the penalty for leaving your assignment.

And these are our tips and tricks for getting the best teammate rating in NBA 2K14. What other tricks do you use? Let us know by commenting below!