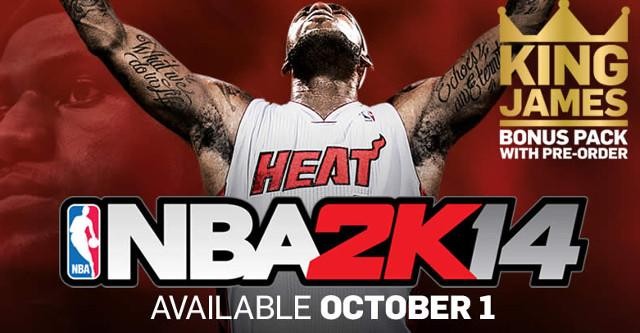 I am a big fan of NBA 2K games and by the looks of it, NBA 2K14 will be the best in the series so far. There are a bunch of great new features in this year’s game but probably what matters the most for many is the return of the Crew mode and probably a new step in the direction of making this game a truly competitive one.

The nice thing about the Crew Mode is that it allows you to bring your MyPlayer persona into play, join a crew and together with your team make sure that you get on top of the leaderboards. My heart is beating madly now and I just want to go out and power-dunk. Too bad I can’t do that…

But back to the new features in NBA 2K14, here is a complete list of new things:

So, just as expected, we will have better controls in the game that will make for an overall better game. We can’t wait to get our hands on NBA 2K14!