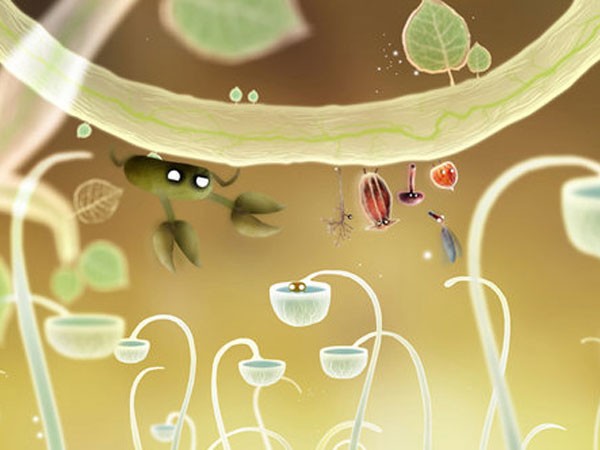 Recently, I held an interesting conversation with a friend and co-worker who does not play video games. It’s not that he is against them on some ethical level, just that he doesn’t see the appeal. This friend of mine fancies himself more of a movie experience. In what was a half debate, half storytelling back and forth, I like to think some progress was made.

Over the past year or so, there’s been an increase in the “are games art?” conversations. Likewise, there have been many games that make a serious case for that argument, as if it was their explicit purpose. That wasn’t necessarily the nature of the conversation we had, but I suppose you could consider it an undertone of every point. Defining art as “the expression or application of human creative skill and imagination,” there is no argument here. The real case I feel the naysayers want to make is the irrelevance of them, when compared to movies, books or even music, and not necessarily a Van Gogh painting.

Realistically, video games can be seen as a mash up of all of these products, with aspects from each players personality. And while the somewhat mindless games still exist, and draw the attention of  those who disagree with them, more of a focus is put into storytelling and player choice by more and more games. This is where they excel. If you take a great movie, such as the Godfather, and put the viewer in it, it connects on a more personal level, especially if they feel they had choice in it. A tightly written story, combined with personal interactivity, cannot be found anywhere else. A favorite example of mine is when I played To The Moon. Experiencing such a well written tale, but allowing it to be paced how I saw fit, was breathtaking. Conversely, I feel a game like Bioshock Infinite wouldn’t have such a profound effect had it been simply a film. The nuance in that one in particular, would especially be lost in the translation. It’s no wonder video game movies turn out so terribly. An experience so truly unique should not be considered so trivial.

Games stand alone in being able to allow each player to experience a different story all together. A great, recent example of this can be found in Heavy Rain. With so many different ways to end the story, and so many different paths to it, it’s like a Choose Your Own Adventure book, multiplied by ten. Two people can experience the same basic story, but each experience something unique to their own. These types of games push the boundaries of storytelling by launching players in a world and guiding them to events, rather than telling them what’s happening or the outcome. For someone seeking entertainment, here we have a fantastic outlet.

An aspect of art that I personally believe in, while not found in any definition, is its ability to inspire one to create themselves. It’s tough, for me anyway, to view a stellar movie, or play a fantastic game, without wanting to make something myself. Video games not only make many gamers feel this way, but many of them allow them to do so within it’s own world. Games like Littlebigplanet allow one to practically, or literally, create their own game, whereas games like Grand Theft Auto or DayZ allow players to create their own stories. Some of the funnest discussions can be had about the crazy adventures that were had in a sandbox. Games bring out our inner storyteller, our inner game maker, our inner artist.

It came up in my conversation with my friend that we, like many people, have many passions, and in the end we posed a question to each other: Which one? I may hold my interests in video games, movies, books, sports, comics, you name it, but if I had to choose one, I didn’t hesitate to answer. There has been a massive evolution since their inception at least 40 years ago, from simply something to play with like a toy to full on experiences. The unique gifts that video games now give us are found nowhere else, and as there continues to be a rise in the quality of them, we must continue to encourage them, and accept no less than the best experiences possible.