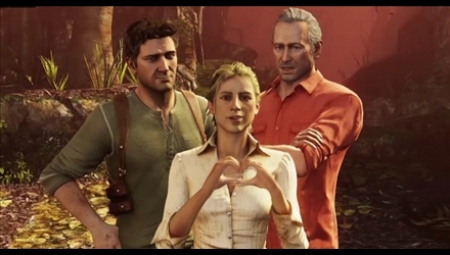 Beloved Sony-owned studio Naughty Dog has promised fans and media alike that they plan on having a very special 2014. The Uncharted, Jak and Daxter, Crash Bandicoot, and The Last of Us developer said they have major plans for the new year and some exciting new things to announce.

“2014 marks a very special time in Naughty Dog’s history and we’ll have more information about what that means early next year,” Naughty Dog said on its website.

So far the studio has only revealed the single-player Last of Us DLC and a new Uncharted game for the PS4. All fingers point to a second game that is most likely being developed for Sony’s new system. The studio has two internal teams, one of which just recently finished developing The Last of Us.

Creative director behind The Last of Us, Neil Druckmann, said back in June that the IP has plenty of stories left to tell though he did say that “If we (Naughty Dog) never do a sequel, we’re OK with it, because we told the story we needed to tell.”

The Last of Us has sold quite well, shipping over 3.4 million copes to date. So a sequel shouldn’t be all that surprising. There’s also the topic og Jak and Daxter, which Druckmann and his team did begin work on until finally moving on to Last of Us.