The League of Legends (LoL) Tribunal is well known for its self-regulating powers, where players are able to decide the future of themselves in the fields of justice. The concept of auto regulation can be perceived as a dynamic and innovative structure to establish order inside massive gaming communities. But is this structure working as intended? Last month, I questioned a few LoL players and collected their opinion about the functionality of the tribunal. Most of them clearly supported this concept brought by Riot Games, however the majority considered the actual system quite tendentious and easily exploitable, thus in need for improvements. Now, I’ve been analyzing the community forums and I’ve concluded that the system may have worked as intended in the past but right now the tragedy is imminent.

First of all, what’s the real purpose of the tribunal? In theory, the tribunal should be efficient in punishing the guilty and forgiving the innocent. But the concepts of guilty and innocent have never been deeply explored by Riot. What is well known is that summoners can’t break the code, which is a list of rules and conduct that should be followed by every player in game, disrespecting this code will most likely guarantee a steady presence in the tribunal. But when it comes to decide someone’s fate in the league, concepts like trolling, feeding and flaming can become very tendentious. The same applies to the report system. Reporting is free and easy to do, meaning people do it for everything and anything. Releasing a defeat’s frustration into team mates through a report can surely be satisfying but is it reasonable? It does not only exploit the system, as it conducts to the creation of fake cases as well – the snow ball grows ceaselessly with time and the tragedy is manifest as the avalanche shapes itself. 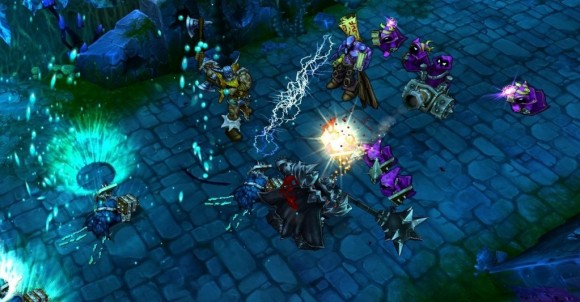 The initial purpose of the tribunal is now compromised for several reasons.  When the edge between guilty and innocent becomes blurry, then something has definitely gone wrong. And this seems to be affecting the whole game itself, as the fear of getting reported spreads as a deadly disease; the fright to simply play and get reported for untruthful motives is turning this strategy MMO into a true horror realm. The dilemma between talking and not talking at all is another problem; basically everything typed in game can be claimed as a flame, in the other hand true silence can be reported as a refusal to communicate. This is quite problematic, first because it compromises the individual freedom speech patterns and second because it disrupts the gameplay itself, as players may be anxious about saying the wrong thing or worse, they may ignore insulters and stop reading the chat for the entire game.

Riot Games need to urgently implement new ways to detect fake reports and increase the requirements for reports, forcing this system to become more serious and responsive. Being punished for uncommitted acts is something foolish and immoral but perhaps that’s the true intent behind this system? The issues exposed here are not exactly new, however they have become more and more frequent in the past few months and despite the community’s contestations the company keeps denying public opinion. Perhaps there’s no real interest in changing the current system. It could explain the continuously lack of feedback and updates about this matter; after all the community has thousands and thousands of players, a few less, guilty or innocent, won’t make much of a difference, in fact they may even relief the server’s stress.