League of Legends’ Season 4 hasn’t started yet, however the current pre-season foresees some of the upcoming modifications. Riot Games wants to create a more auspicious environment for talent and as so, the overall system has been revised and improved towards this concept. But that’s not all, the support role has been completely restructured and players can finally experience a full and complete support character. With a series of new items and free gold coming from several sources, support players can now assist allies in many possible ways. Supporting isn’t just about placing wards and protecting your AD carry anymore; it’s about fulfilling many other roles, including offensive and defensive duties. If in the previous seasons supporting used to be a true nuisance, now it will be an entirely desired role for most players.

Gold used to be a huge problem back then, even with the old gold items supporters could barely manage to get wards and a few items during a match but everything’s different now. With the renewed masteries and the new support items, players can choose their own ways to dig gold like real professionals. There are three main ways to obtain gold as a support now, poking the enemy champions (Spellthief’s Edge), being close to dead enemy minions (Ancient Coin) or last hitting minions (Relic Shield). I personally find the last option the most profitable since this item generates income for the whole team. While assisting the ADC, Relic Shield users can generate around 10 gold per 10 seconds to the lane pair. It’s not an impressive number but at least other players can earn extra gold just by being near the support player. However, this task is more difficult compared to the other two options, last hitting minions with low damage and low attack speed can be a really tough duty. Nevertheless, the game now proportionate gold ways for all kind of players, so if you’re a casual supporter the Ancient Coin is most likely the best solution, you’ll receive extra gold for each defeated minion nearby. If you’re a true offensive supporter, then fear not, take the Spellthief’s Edge and hit your enemy every few seconds, they’ll pay you for hitting them, amazing right? Besides this, the new masteries also provide great amounts of gold, making the support role a true gold digging profession, whatever you do… you’ll get gold, even if you’re not doing anything at all. 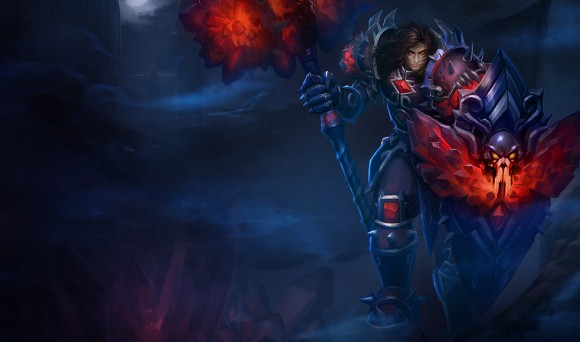 Warding used to be one of the support’s exclusive tasks, if they failed, they would get the blame and the responsibility for having zero vision and map control but that’s about to change. With a limit of three invisible wards per player, supporters cannot ward the whole map by themselves anymore. The task of warding is now a global responsibility. And without oracle, players need to organize themselves in order to obtain different trinkets, else it won’t be possible to detect and destroy enemy wards. The support duty is mainly to keep three wards always up, everything else comes with skill and strategy – the more the better but other players cannot just blame the support for the lack of vision, after all it’s their own fault too.

And here comes the most new exciting feature of supporting. Warding can be extremely tedious and risky, getting money without doing much isn’t that exciting either and always being there backing someone else so he/she gets the prestige alone is not that encouraging as well. In Season 4, support players will have a more active role in the game, they won’t just be able to support, as in assisting other allies; they’ll also be able to directly interfere in the battles through damage input, engaging and tanking. Supporters won’t be seen as inoffensive and weak characters unable to do anything by themselves; they can kill and defy enemy champions now and that’s way more exciting.

With so many new great changes, I am sure that all kind of players will want to be supporters now for many reasons. First of all, you don’t need to be good at last hitting to get gold. Second you can do way more than just aiding allies, you can become an active player and have the same role as everyone else. Last but not the least warding is not your exclusive concern anymore, the whole team has to ward if they want to have a great visibility and map control.

Supporting has become way more versatility and flexible, allowing players to create their own ways to face multiple scenarios and still succeed by being different.