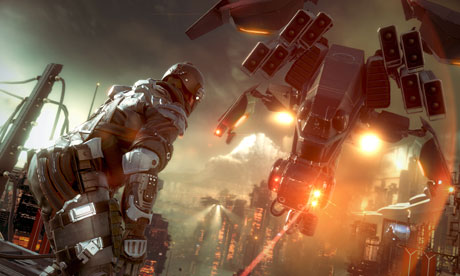 Guerilla Games have announced that their upcoming PS4 launch exclusive, Killzone: Shadow Fall, has now officially “gone gold”– meaning that development for the game has concluded and it is ready to be printed and shipped. Both executive producer Angie Smets and game director Steven Ter Heide broke the good news via their twitter pages.

In a post on PlayStation Blog, Ter Heide answered a couple of interesting fan questions regarding the game. One of the questions dealt with the game’s campaign length, in which Ter Heide replied by stating the campaign “should last well over 10 hours for most gamers”. He also revealed that the multiplayer will run “with dedicated servers to handle the transfer of data between clients.”

A question was also asked regarding whether or not Shadow Fall will feature a campaign co-op mode in which Ter Heide replied, “No, the campaign will not have a co-op mode. However, we’re planning to release a separate Online Co-op Expansion Pack after launch; it will add a new wave-based game mode, in which up to four players take on hordes of enemies in special arena maps. For more information about the Online Co-Op Expansion Pack, please refer to our Season Pass Announcement.”

Killzone: Shadow Fall will launch alongside the PS4 on November 15 in North America and November 29 in Europe.