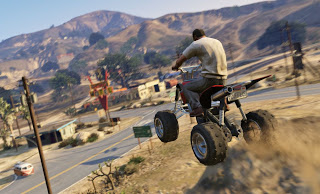 Rockstar has confirmed several updates previously unmentioned that are associated with the existing patch for GTA Online, which was released only a couple of days ago. Rockstar states that the patch will halve the amount of money players receive from repeated mission playthroughs. The change will only come into affect Friday, but Rockstar have issued an apology for not disclosing this information sooner.

“For those of you inquiring about mission payouts, there was a change that reduces payouts by 50 per cent after a repeat of the mission,” Rockstar explained on their support site.”The first time you play and beat the mission, you will get the full amount. Subsequent replays will see a payout amount reduced by half. This is to keep the game balanced as well as encourage the exploration of new missions and content in the game.

“We understand players do like to enjoy a mission multiple times, so rather than remove the possibility of doing so, we’ve allowed replays of these missions at a reduced payout. Many players can get very good at a mission and beat it much faster in consecutive tries, so we’ve adjusted these payouts to match that case.

“We apologize that there was not full clarity about this in the patch notes; however, hopefully this note will clear things up. If there are any additional questions, please do not hesitate to ask.”

To remedy this update Rockstar are investigating a way to make NPC missions repayable, though another patch will have to be issued to implement the change.