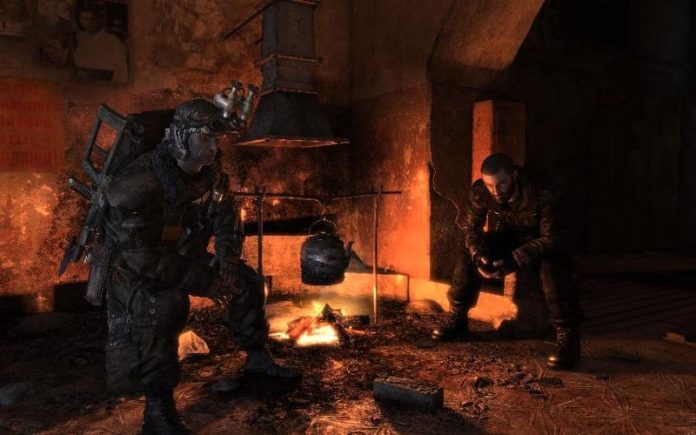 Metro 2033 was released in the beginning of 2010, yet it surprises me the number of people who I’ve spoken to recently that have never played, nor even heard of it. Despite this, it seems one of the more fortunate things to come out of the debacle that was THQ’s bankruptcy, is the additional expose the game received  Exposure that I believe is well deserved. Despite being a bit of a buggy product, the experience of Metro 2033 is one any FPS player should go through. I dare say: it is the best game based on a book that has ever been made. The sequel, published by Deep Silver, is coming out next week, and here’s why you should go play Metro 2033 before it does.

Based on a critically acclaimed Russian novel of the same name, the story driven first-person shooter does the story, and the world, justice. Engaging, atmospheric, immersive, and downright interesting are all words I would use to describe it.

Set in a post-apocalyptic Russia where humans must hide in the underground metro systems from radiation and mutated monsters, the world is beautiful from the get-go. Standard money is a thing of the past, the standard currency in the metro is now bullets. What this becomes is a very curious trade off of buying upgrades and weapons or holding on to your bullets to fend off baddies. The enemies, by the way, come at you pretty fast and furious and ammo is pretty scarce. The game gives off a pretty great survival horror feel.

These themes are pretty much ripped right out of the book, but where they excelled in the video game world was the people around. When walking through the “safe areas” you will see many other people and you really get the sense of how hard things are. As expected, the world just screams hardship. What works especially well is some of the side chat is presented in the native Russian, so it leaves you with an extra sense of mystery to the world. The game can actually be played all the way through in entirely the native Russian, a setting I also recommend using.

The gunplay has been referred to as a little sloppy, but when you’re using makeshift weapons made with whatever was lying around, it feels very fitting. It just feels right as this is not polished military equipment you’re using. There are plenty of stealth elements to utilize as well, which fits the mostly tight, claustrophobic metro system environment.

If you’re looking for one of the most underrated games of this generation, look no further. Combining a good story and a great atmosphere in the very familiar first-person shooter genre, it’s worth a playthrough, or two, for anyone who enjoys a true experience when playing a game. The game can be picked up on Steam for $15, and runs at a similar price for the Xbox 360 version. It’s also worthy of note that a pre-order of Metro: Last Light on steam nets you a digital copy of Dmitry Glukhovsky’s book, which I recommend just as much as the game.